On a single night in 2016, writes the Annual Homeless Assessment Report (AHAR) to Congress, 549,928 people were experiencing homelessness in the United States. A majority (68%) was staying in emergency shelters, transitional housing programs, or safe havens, and 32% were in unsheltered locations. According to the same report, over one-fifth of people experiencing homelessness were children (22%), 69% were over the age of 24, and nine percent were between the ages of 18 and 24. These are the official statistics- anyone can imagine that the real number of people living on the streets is much larger.

Lets see some more data about homelessness in the capitalist "paradise" of the United States of America:
As we can see, in the capitalist "paradise" of the USA, the country of the so-called "American Dream", in the 21st century, there are hundreds of thousands people who live in the streets, without shelter. Nonetheless, homelessness is just part of the whole issue of poverty and inequality in the United States. 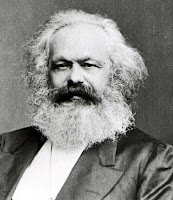 "As capitalist, he is only capital personified. His soul is the soul of capital. But capital has one single life impulse, the tendency to create value and surplus-value, to make its constant factor, the means of production, absorb the greatest possible amount of surplus-labour. Capital is dead labour, that, vampire-like, only lives by sucking living labour, and lives the more, the more labour it sucks."

The numbers about poverty and hunger in the United States of America reveal the real "face" of the capitalist system; a system of social barbarity, wide inequality and immense exploitation. There are 565 billionaires in the USA whose combined net worth is about $2.76 trillion. On the same time, in the same country:

- 19.4 million Americans live in extreme poverty. This means their family’s cash income is less than half of the poverty line, or about $10,000 a year for a family of four. 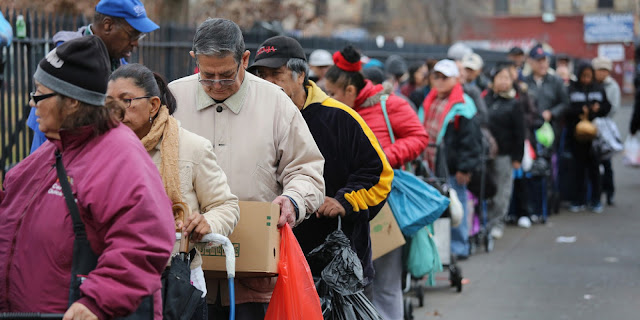 In the capitalist "paradise" of the United States- where the "American Dream" has "triumphed"- food insecurity consists a major issue for many households. More specifically:

- 13% of households (15.8 million households) are estimated to be food insecure. 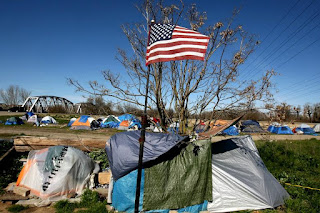 The above numbers verify the harsh reality of capitalist development in the world's "richest country",  the United States of America. On poverty, food insecurity and homelessness we should also add many other issues such as the absence of social security for millions of Americans, the deterioration of living standards for thousands of working class families, racial discrimination, etc.

The blatant lies of capitalism's apologists about the supposed success of the "American Dream" and the "opportunities created by the free market economy" have been exposed. The rotten capitalist system reached its limits and can only perpetuate poverty, unemployment, food insecurity, social inequalities, wars, immigration etc.

The only realistic solution for the working people- in the United States and in all over the world - lies in the revolutionary overthrow of the capitalist system and the struggle for a new society, for socialism-communism.