Communist Party of India (Marxist): Another Murderous Attack by the RSS in Kerala 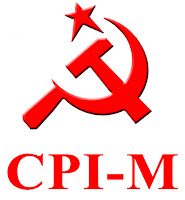 Press Statement by the Communist Party of India (Marxist).
October 10, 2016.
The Polit Bureau of the Communist Party of India (Marxist) has issued the following statement:
The Polit Bureau of the CPI(M) strongly condemns the brutal murder of its Paduvilai Local Committee member, K Mohanan, by RSS hoodlums this morning. A group of heavily armed RSS goons entered the toddy shop where the 52 year old Mohanan was working and hacked him to death. There were around 30-40 sharp wounds inflicted on his body. This is the second murder of a CPI(M) worker in the Dharmadom constituency represented by Chief Minister Pinarayi Vijayan. Earlier, RSS workers had attacked a CPI(M) victory procession in the same constituency on the day of counting leading to the death of CPI(M) worker Ravindranath.


The Polit Bureau calls upon the law enforcement agencies to ensure that they speedily arrest the culprits responsible for this heinous crime and get them punished.
This heinous murder took place even as a motley group of BJP workers marched to the CPI(M) headquarters in Delhi, purportedly to protest the attacks on RSS workers in Kerala.
The fact is that in Kerala it is the CPI(M) and other constituents of the LDF that have been at the receiving end of the murderous attacks mounted by the RSS and its outfits. Such attacks increase whenever the LDF is in government in the state.
In the short duration that the current LDF government has been in office as many as six CPI(M) workers have been killed and around 300 of its members injured in brutal attacks launched by the RSS. Thirty five offices of the Party have been attacked and destroyed and eighty houses of Party workers attacked and damaged. The sheer volume of these concerted and planned attacks exposes the perfidy that the BJP is resorting to.
The RSS/BJP has always used the goebbelsian tactics of repeating a lie a hundred times and peddling it as the truth. While it clear that is the RSS which is mounting largescale attacks against the CPI(M) all over Kerala, it is fallaciously seeking to portray itself as the victim. This bluff shall be called.
The assembly results have clearly shown that the people of Kerala have rejected the communal politics of the RSS/BJP and their terror and violent methods. The BJP thus failed to realise its expectations in the elections. Further, the BJP is facing stiff resistance from the CPI(M) and the LDF against its attempts to communalise society. It is therefore resorting to such violent attacks.
The people of Kerala and the entire country are determined to defeat such diabolical politics of the BJP.