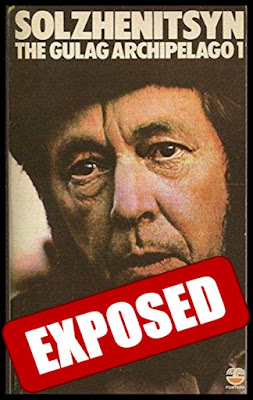 However, there is a fundamental problem in the work of the deeply reactionary Solzhenitsyn: Gulag Archipelago is a completely antiscientific book, based almost entirely in rumors, speculations, third party opinions as well as interpretations of opinions by Solzenitsyn himself! In other words, the reader of this book becomes “hostage” of a novel type, unverifiable, recording to alleged events by Solzenitsyn and others who supposedly “saw”, “heard” or “learned” something.
Read more »

Solzhenitsyn- The rotten legacy of a Fascist 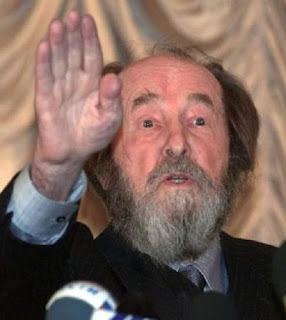 It was August 3, 2008 when the “Patriarch” of anti-communism, Alexandr Solzhenitsyn, died. The writings of Solzhenitsyn became a major cource of anti-Soviet hysteria and extaordinary slanders against the first socialist state. Even today, Solzhenitsyn's major work “The Gulag Archipelago” is, more or less, regarded as the anti-communist “bible” of the world's apologists of capitalism and anti-soviet propaganda.

However, who was really this nobel prize-winning Russian and how much credibility do his anti-soviet fairy tales contain?
Read more »