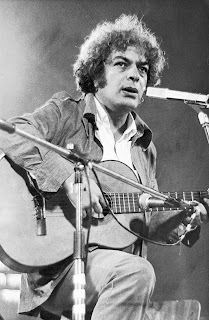 It was on 17 September 1982 when one of the most talented Greek composers of his generation passed away. After suffering several strokes Manos Loizos died in a Moscow hospital. He was 45 years old. Loizos wasn't just an extraordinary songwriter and composer; he was a member of the Communist Party of Greece and an outspoken critic of the Greek military Junta.

A self-taught musician with an inherent talent, Manos Loizos was born on 22 October 1937 to Cypriot parents in Alexandria, Egypt. He moved to Athens at the age of 17 in order to study pharmacology but soon he gave up his studies- his passion was music. His first recordings were made in 1963 and by the mid-70s he was one of Greece's most popular composers. His songs touched the hearts of the working class people and many of them became symbols of the anti-dictatorship struggle in the 1970s.