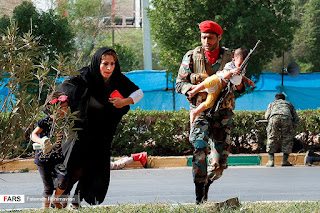 According to the media reports, the “Arab Struggle Movement for the Liberation of Ahvaz” (Habib Nebgan faction) - which is supported by Saudi Arabia and Bahrain - perpetrated this attack. Also, the criminal organisation ISIS (DAESH) released a statement on its website “Al-A’amaagh” and claimed that its infiltrated covert forces, infiltrated to the province of Khuzestan, took part in this terrorist attack.
Read more »
Posted by In Defense of Communism