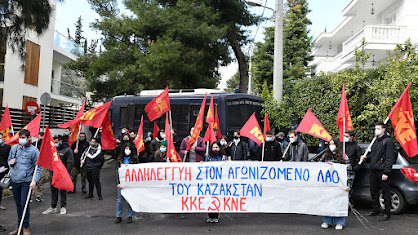 “We denounce the bloody repression, the death toll, and the arrest of thousands of demonstrators”, stressed Lefteris Nikolaou-Alavanos, MEP of the KKE.
Read more » 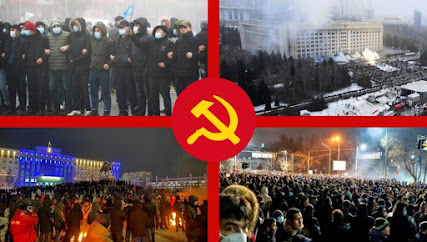 Joint statement of Communist and Workers' Parties on the valuable experience of the great strikes and demonstrations of the working class and the people of Kazakhstan:

1.   At the beginning of 2022, Kazakhstan, the former Soviet Republic of Central Asia, has been shaken by mass workers’ and people’s mobilizations, whose cause lies in the sharpened economic, social, and political problems faced by workers due to the restoration of capitalism in the country, 30 years after the counter-revolution and the dissolution of the USSR, when the power and the means of production passed into the hands of capital and the multinational monopolies now control a large part of the mining sector of the economy.

Kazakhstan Protests: Interview with Eliseos Vagenas, head of the International Relations Section of the CC of the KKE 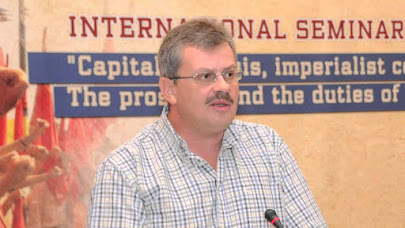 The news portal 902.gr has published an interview with Eliseos Vagenas,  member of the CC of the Communist Party of Greece (KKE) and Head of the International Relations Section of the CC of the KKE, concerning the developments in Kazakhstan:

The following article (here in Greek) was published in today's "Rizospastis", the organ of the CC of the Communist Party of Greece (KKE) and consists a very accurate comment for all those who rushed to condemn the popular mobilizations in Kazakhstan and side themselves with the bourgeois Kazakh government and its Russian allies:

Recently, on the occasion of the events in Kazakhstan, some “petty leftists”, who in their effort to pave the way for a SYRIZA government a few years ago had been distinguished for their anti-KKE passion, “struck again”.

Communist Party of Mexico: Solidarity with the struggle of the workers of Kazakhstan 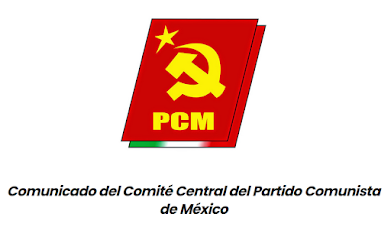 In a statement concerning the ongoing popular mobilizations in Kazakhstan, the Central Committee of the Communist Party of Mexico (PCM) expresses solidarity to the struggle of the working class of the Central Asian country.

More specifically, the CC of the PCM points out:

"The Communist Party of Mexico expresses its solidarity with the working class and the people of Kazakhstan in their just struggle against exploitation, oppression and excruciating misery. 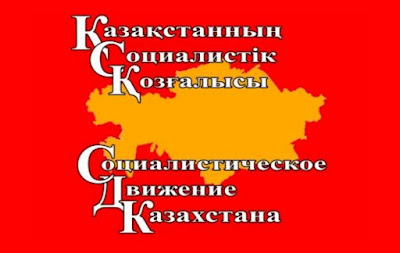 In a statement about the large-scale mobilizations and protests in the country, the Socialist Movement of Kazakhstan calls for international solidarity to the demonstrators and demands the withdrawal of troops from the cities, the resignation of all Nazarbayev officials, the release of all political prisoners and detainees, the legalization of the Communist Party and trade unions, as well as the nationalization of Kazakhstan's entire extractive and large-scale industry. 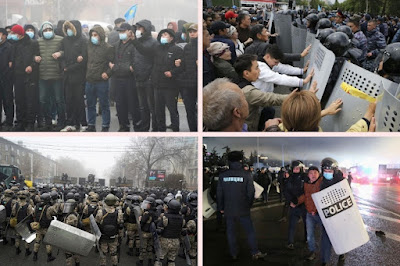