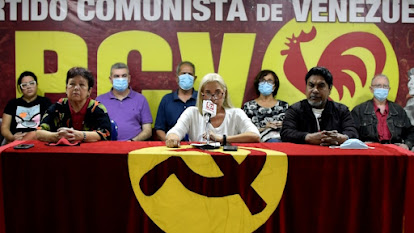 The Communist Party of Venezuela (PCV) rejected the exclusion of the United Workers Central of Venezuela (CUTV), the National Union of Workers (UNETE) and the Confederation of Autonomous Trade Unions (CODESA) from a new meeting of the Tripartite Dialogue between the Government of Nicolás Maduro, employers and workers, sponsored by the International Labor Organization (ILO) in Venezuela.

"It is a hypocritical dialogue that prevents the participation of trade union centers opposed to the anti-worker policies of the Government", affirmed Elena Linarez, member of the Political Bureau of the PCV during a press conference held this Monday.