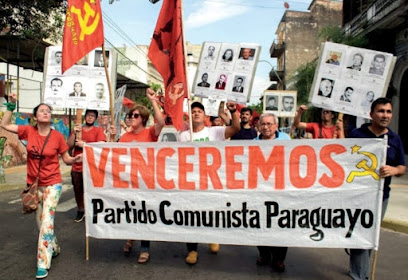 In a statement addressed to the Parties and Movements Communists and Workers of the world, the International Relations Commission of the Paraguayan Communist Party (PCP) points out:

"With deep internationalist fervor, we inform that this June 12 and 13 we will be holding the 9th Congress of the Paraguayan Communist Party, under the slogan "Broad and deep unity for socialism."

KKE: Condemns the fascist attack on the Communist Party of Paraguay's headquarters in Asunción

"The KKE decisively condemns the attack by a group of fascsist against the headquarters of the Communist Party of Paraguay in Asunción, the desecration of the offices' entrance with vulgar anticommunist slogals and the destruction of a mural dedicated to the October Revolution.
Read more »