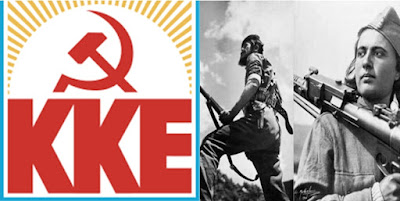 Conclusions from KKE's armed struggle during WWII and from the struggle of DSE (Democratic Army of Greece), through the scope of the strategy of the international communist movement.

Speech by Eleni Bellou,
member of the PB of the CC of the KKE,
at the European Communist Initiative Meeting, Istanbul, 16-17/02/2019.
Read more » 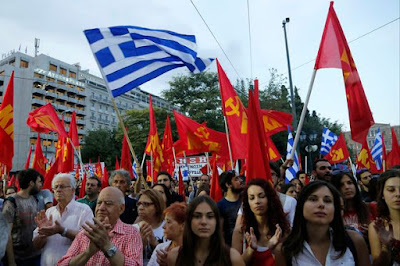 The international capitalist economy is going through a profound crisis characterized mainly by its extensive synchronization. It initially manifested itself in 2007 in the USA, in the construction sector, with the depreciation of capital in financial companies, due to the extensive circulation of investment derivatives in securitized precarious housing loans.
The danger of collapse of US financial giants -that hold powerful positions in the international market of money capital- caused a gradual and generalized large decrease of prices in the most important stock markets in the world. It was the “tip of the iceberg” in the manifestation of a generalized crisis of overproduction, overaccumulation of capital.
An optimistic version of the current data and assessments of the international economic organisations pinpoint 2010 as the year of the lowest point of recession. An increase of the number of unemployed by 25 million has already been registered and it is estimated that another 40 millions will be added by the end of the year. In 2009, the Gross World Product is expected to shrink by 1,7% according to the World Bank and by 2,75% according to the OECD. The latter estimates that the international trade will shrink by 13,2% in 2009.
The International Monetary Fund estimates the depreciation of money capital to 4,1 trillion dollars since the manifestation of the crisis.
Read more »