Vladimir Lenin: The man who changed the course of history 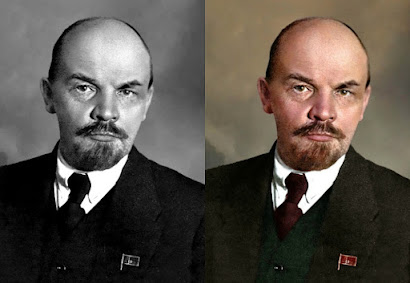 It was in the dawn of January 21, 1924, 98 years ago, when the heart of the greatest revolutionary in modern history, Vladimir Ilyich Ulyanov, stopped beating. Lenin, the leader of the 1917 Great October Socialist Revolution and architect of the first socialist state in the world, was 54 years old.

The name of Vladimir Ilyich Lenin is identified with two dialectically connected issues. On the one hand, there is his revolutionary activity and practice as the leader of the 20th century's most significant event- the 1917 Great October Socialist Revolution. On the other hand, there is his theoretical work which is the development of the revolutionary theory of Marx and Engels in the era of Imperialism. That extraordinary combination of revolutionary theory and practice makes Lenin a unique personality in history who, 98 years after his death, remains “alive” in the collective memory and hearts of the working class people across the world.

Vladimir Lenin's extraordinary work “Imperialism: the highest stage of capitalism” is today more timely than ever. Lenin revealed that in order to successfully exploit the inter-imperialist contradictions there are two major key conditions: first, the independence of the revolutionary vanguard of the working class (Communist Party) from the aims and objectives of any imperialist alliance and secondly, the stable strategic orientation of the Communist Parties towards the revolutionary overthrow of the domestic bourgeois class, both in period of imperialist war or imperialist peacetime.

The above has an immense significance if we take into account today's inter-imperialist contradictions and rivalries between various centers (USA, EU, Russia, China, etc) in the Middle East and elsewhere. The activity of the Bolsheviks which led to the victory of the 1917 October Revolution consists a great example- it proved in practice that the working class movement in every country must not be entrapped in the objectives of the local bourgeois class, nor it should follow the aims of any of the competing imperialist centers. 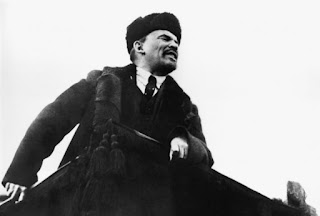 Today, 100 years since the Great October Socialist Revolution and 98 years since the biological death, Vladimir Lenin's legacy remains glorious. The counter-revolutionary overthrows in the Soviet Union and the socialist countries in eastern Europe in 1989-1991 gave the opportunity to various imperialists and apologists of the bourgeoisie to launch slanderous attacks against Lenin and to vilify Socialism-Communism. They even tried to anticipate the ideological “death” and the “failure” of Marxism-Leninism, proclaiming the so-called... “end of history”. However, History herself refuted them.

The decay of Capitalism, which creates extreme poverty, social inequalities, unemployment and bloody wars, proves that Marxism-Leninism not only is alive, but returns to the fore as the only actually beneficial for the people exit from capitalist barbarity.