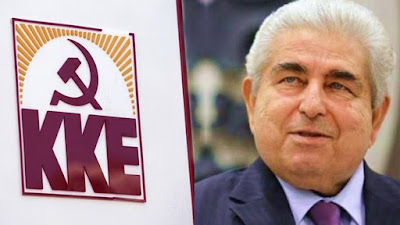 "Comrade Demetris Christofias was born in August 1946 in the village of Kato Dikomo of Keryneia district and as a pupil he joined action. From an early age he believed in the right and served the interests of the cypriot people in all phases of his life.

"He had a leading role in the struggles of the cypriot people against turkish occupation, for the withdrawal of the occupational forces from Cyprus. He spent a large part of his life for the solution of  the Cyprus Issue.

Comrade Demetris Christofias was an internationalist, he stood by the side of the struggle of the KKE and the communist movement.

The Communists in Greece will always remember him."

The CC of the KKE expresses its condolences to the CC of AKEL, to his wife Elsi and his children, Marianna, Christina and Christos.