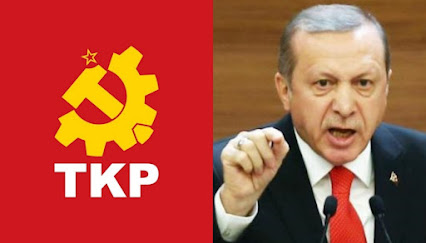 For years, the AKP government has riddled the borders of neighbouring countries with its Neo-Ottomanist, expansionist policies, implemented in cooperation with imperialism, and in line with the interests of the capitalist class it represents. They opened the borders of our country to jihadist gangs, with the aim of attacking neighbouring countries. They have formed “armies” of jihadist gangs in the areas under their control on the territories of neighbouring countries and openly intervened in those countries’ internal affairs. All these actions of the AKP government, let alone ensuring Turkey’s “security”, constitute the real threat to Turkey’s security.

We clearly state that the problems of our country are internal, not external. Turkey’s problems are to be found inside Turkey. The security of our people cannot be safeguarded by conducting military operations on the territory of neighbouring countries, on the alleged pretext of defense.

Moreover, we are witnessing once again that the bourgeois opposition cannot propose any alternative beyond the frame set by AKP.

Indeed there is a security problem in our country. The source of this problem is the social order that we live in. Those who commit acts of blind violence, those who order operations within the borders of neighbouring countries, and those who make profit out of all these, are stemming from the same ground.

This ground must be abolished so that our people can live in security and prosperity, in equality, freedom and fraternality.

There is only one way out for our people: To stand up as soon as possible and put an end to this bloody social order!"