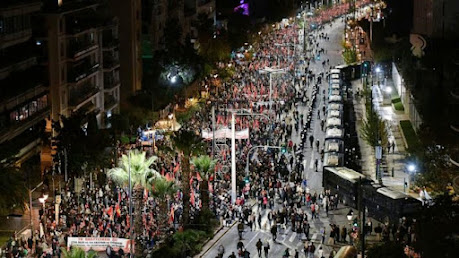 Thousands of people, workers, students, pensioners, men and women of every age, waving the flags of the KKE, demonstrated against the imperialist war and Greece's participation in it, the anti-popular policy that crushes workers’–people’s rights and achievements and turns the country into a US-NATO base for the profits of business groups. Similar marches took place in Thessaloniki and other major cities throughout the country.
At the head of the rally were the members of the Association of Imprisoned and Exiled by the Greek Junta (SFEA), while other blocs included the Peace Committee for International Detente and Peace (EEDYE), the Federation of Greek Women (OGE), the All-Workers Militant Front (PAME), trade unions and numerous students' associations and groups.

The demonstration in Athens was attended by the General Secretary of the CC of the KKE Dimitris Koutsoumbas. Taking to the reporters, Koutsoumbas stated: “49 years later, the events and rallies show that the messages of the Polytechnic uprising, such as “USA-NATO Out of Greece, Down with the bases of death”, for the protection of the popular income against poverty and unemployment, for public and free education and health, against state repression, fascism, wiretapping and espionage, that is the dictatorship of the capital, continue to be timely and alive today”. 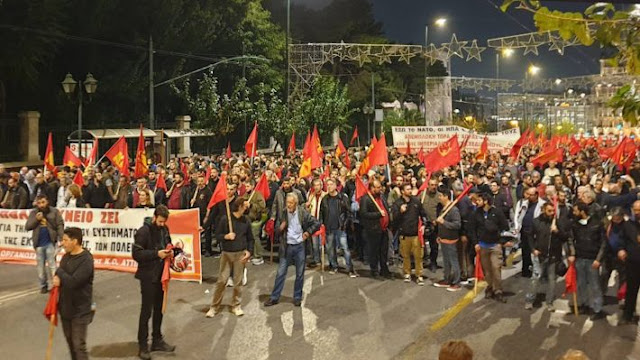 The events at the Athens Polytechnic in 1973 consist one of the most significant moments of class struggle in Greece during the second half of the 20th century, as it marked the beginning of the fall of the military dictatorship which ruled the country from 1967 to 1974.