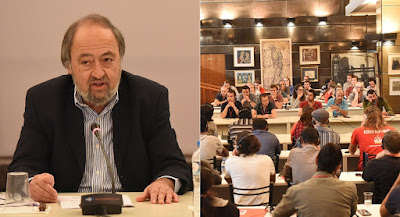 On Saturday September 22nd, the representatives of 40 Communist and Anti-imperialist Youth organizations from around the world that participated in the Festival 100 Years of KKE - 50 years of KNE visited the Headquarters of the CC of the Communist Party of Greece (KKE) in Perissos, Athens. 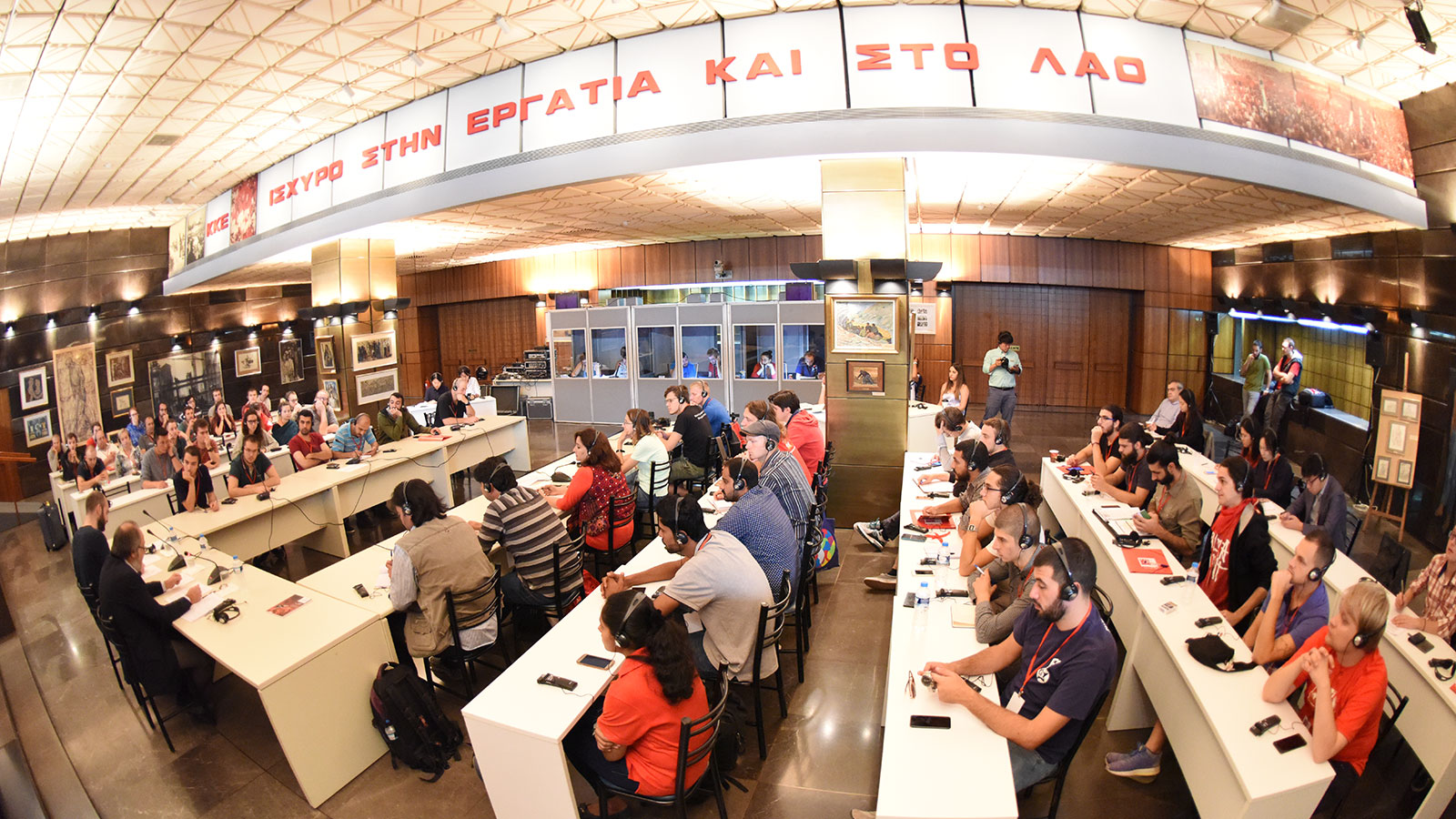