A huge river of red flags covered the roads of India's capital city as hundreds of thousands agricultural workers and farmers rallied today in Delhi.

The known as "Kisan-Mazdoor Rally" consists an expression of mounting opposition to the government's neoliberal policies by the distressed peasantry seeking land rights, pensions, food security, remunerative prices, loan waivers and other demands.


For the peasants and agricultural workers, today's rally marks a new stage in struggles that have been going on for the past several years. The wave of protests that began in Rajasthan against power price hike continued to hit Maharashtra, Madhya Pradesh, Himachal Pradesh and engulfed Haryana, Jharkhand, Gujarat and several other States. Struggles on other issues like land acquisition and infringement on land rights as well as forest rights, and restrictions on cattle trade are also building up.

What makes this rally unprecedented is that peasants and agricultural workers are joined by industrial workers and employees who have been struggling against the Modi government for better wages, better social security, against privatisation and against dilution of labour laws, among other demands. 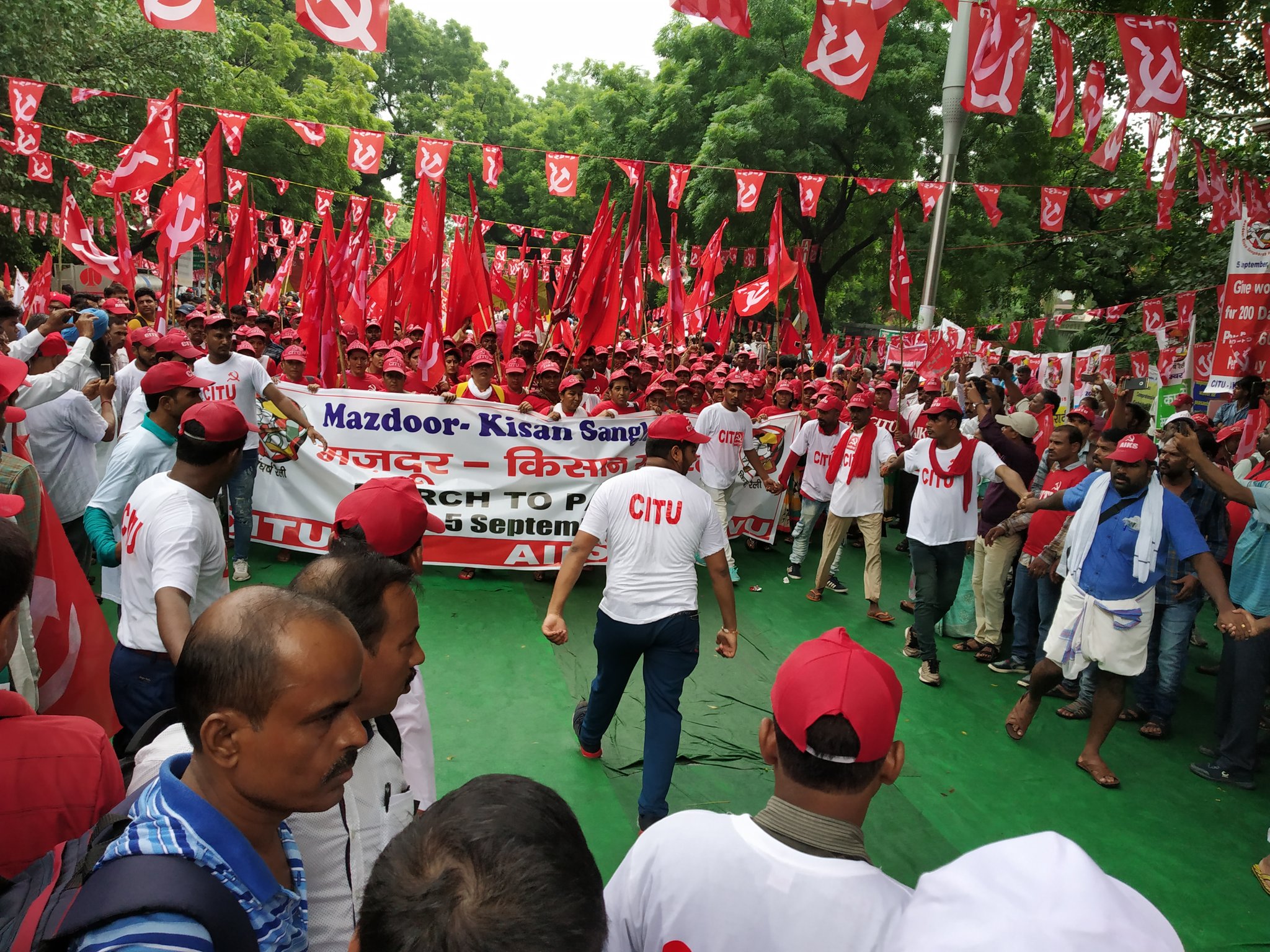 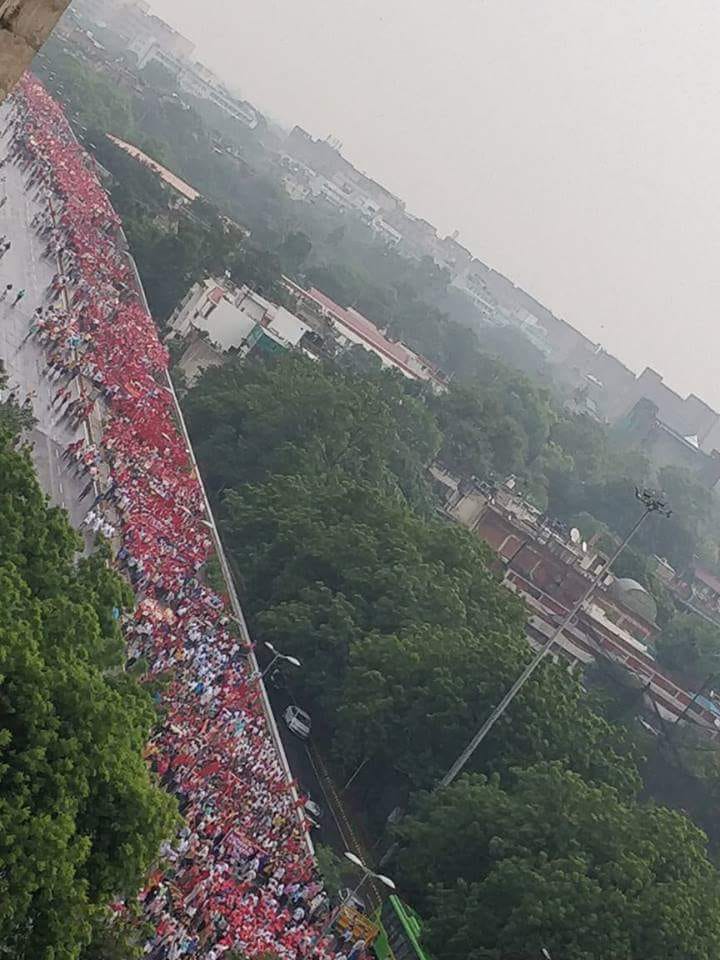 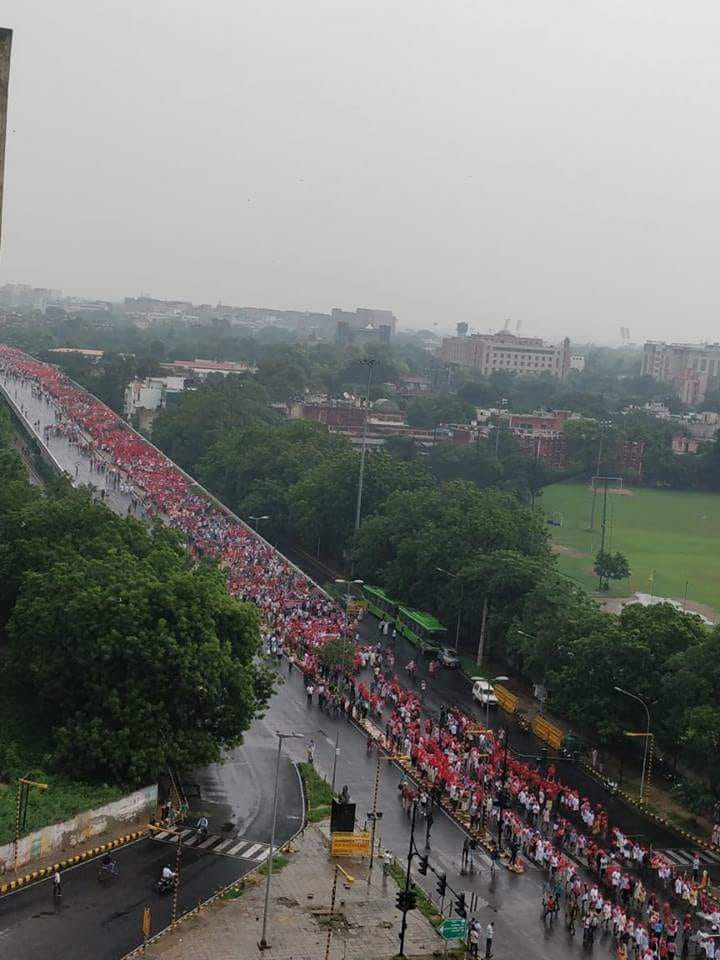