On the occasion of the 100th anniversary since the foundation, on February 1918, of the heroic Soviet Army- known in all over the world as the RED ARMY- we republish a speech by Joseph Stalin delivered on February 25, 1928 at the Moscow Soviet.

The Party is proud that the Red Army has acquitted itself with honour in travelling the hard route of fierce battles against internal and external enemies of the working class and peasantry of our country, that it has succeeded in taking shape as a mighty militant revolutionary force, to the terror of the enemies of the working class and the joy of all the oppressed and enslaved.

The Party is proud that the Red Army, having travelled the long route of the liberation of the workers and peasants from the yoke of the landlords and capitalists, has at last won the right to celebrate its jubilee, marking the completion of the tenth year since its birth.

What are the features which radically distinguish our Red Army from all armies that have ever existed in the world?

What are the distinctive features which constitute the source of the strength and might of our Red Army?

All armies that have ever existed under capitalism, no matter what their composition, have been armies for the furtherance of the power of capital. They were, and are, armies of capitalist rule. The bourgeois of all countries lie when they say that the army is politically neutral. That is not true. In bourgeois countries, the army is deprived of political rights, it is not allowed into the political arena. That is true. But that by no means implies that it is politically neutral. On the contrary, always and everywhere, in all capitalist countries, the army was, and is, drawn into the political struggle as an instrument for the suppression of the working people. Is it not true that the army in those countries suppresses the workers and serves as a buttress of the masters?

Our army is an army of liberation of the working people.

Have you considered the fact, comrades, that in the old days the people feared the army, as indeed they fear it now in the capitalist countries; that between the people and the army is a barrier separating the one from the other? And how is it with us? With us, on the contrary, people and army constitute a single whole, a single family. Nowhere in the world is there such an attitude of love and solicitude on the part of the people for the army as in our country. In our country the army is loved and respected, it is the object of general solicitude. Why? Because for the first time in the history of the world the workers and peasants have created their own army, which serves not the masters, but the former slaves, the now emancipated workers and peasants.

There you have a source of the strength of our Red Army.

What is an army without a firm rear? Nothing at all. The biggest armies, the best-equipped armies collapsed and fell to pieces when they did not have a firm rear, when they did not have the support and sympathy of the rear, of the labouring population. Ours is the only army in the world that has the sympathy and support of the workers and peasants. Therein lies its strength, therein lies its might. 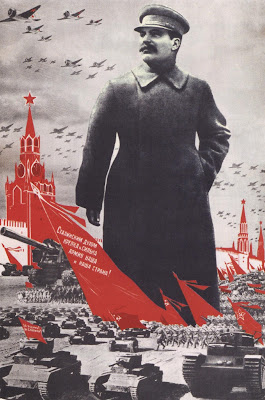 That, above all, is what distinguishes our Red Army from all other armies that ever existed or exist today.

The desire of the Party, its task, is to see to it that this distinctive feature of the Red Army, its closeness to and fraternal connection with the workers and peasants, is preserved and made permanent.

In the old days, armies were usually trained in the spirit of dominant-nation chauvinism, in the spirit of conquest, in the belief of the need to subjugate weaker nations. That, indeed, explains why armies of the old type, capitalist armies, were at the same time armies of national, colonial oppression. Therein lay one of the fundamental weaknesses of the old armies. Our army radically differs from the armies of colonial oppression. Its whole nature, its whole structure, is based on strengthening the ties of friendship among the nations of our country, on the idea of liberating the oppressed peoples, on the idea of defending the liberty and independence of the socialist republics that go to make up the Soviet Union.

That is a second and fundamental source of the strength and might of our Red Army. Therein lies the pledge that at a critical moment our army will have the fullest support of the vast masses of all the nations and nationalities inhabiting our boundless land.

The desire of the Party, its task, is to see to it that this distinctive feature of our Red Army is likewise preserved and made permanent.

And that this is a source of our army’s strength and might, the bourgeois of all countries will learn if they should venture to attack our country, for they will then see that our Red Army, trained as it is in the spirit of internationalism, has countless friends and allies in all parts of the world, from Shanghai to New York and from London to Calcutta.

That, comrades, is a third and fundamental distinctive feature which imbues the spirit of our army and constitutes a source of its strength and might. 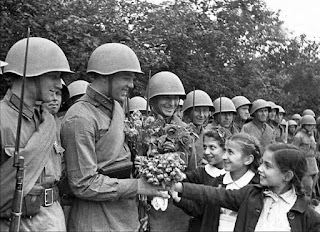 The desire of the Party, its task, is to see to it that this distinctive feature of our army is likewise preserved and made permanent.

It is to these three distinctive features that our army owes its strength and might.

This, too, explains the fact that our army knows where it is heading for, because it consists not of tin soldiers, but of enlightened people who understand where to head for and what to fight for.

But an army that knows what it is fighting for is invincible, comrades.

That is why our Red Army has every ground for being the best army in the world.