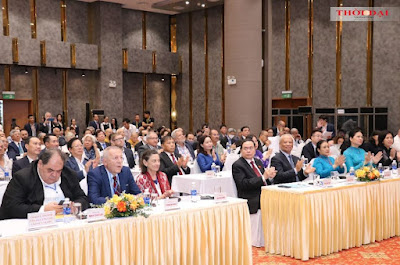 The 22nd Assembly of the World Peace Council (WPC), was held from November 21 to 27 in Hanoi and the northern province of Quang Ninh. The event was the first of its kind to be held in Vietnam.

The new executive committee of 40 members elected Pallab Sengupta, General Secretary of the All India Peace and Solidarity Organisation, as President of the WPC with absolute consensus.

Thanasis Pafilis was re-elected General Secretary of the Council, and Iraklis Tsavdaridis was elected Executive Secretary. 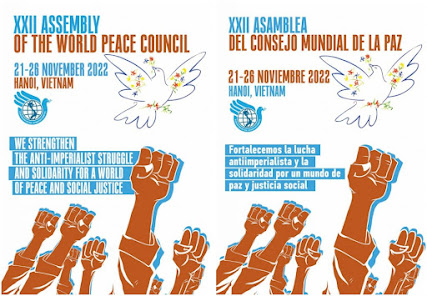 The Vietnam Peace Committee, founded in 1950 with the revolutionary leader Ho Chi Minh himself as its first president, will host the World Assembly of the WPC on November 23-24 and an International Anti-Imperialist Conference will follow on November 25.
Read more » 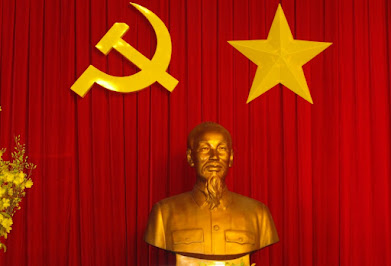 Following a meeting with his Vietnamese counterpart Bui Thanh Son, Greek Minister Nikos Dendias wrote on Twitter: “President Ho Chi Minh, the founder of Vietnam, fought on the Macedonian Front in the period ‘16-'17 serving in the French army. We, therefore, agreed that a bust of him should be erected in Edessa to highlight this fact”.
Read more » 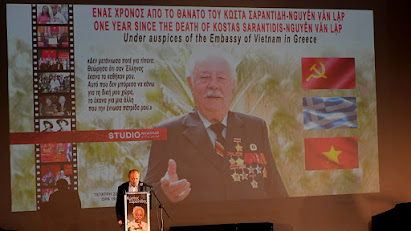 In an emotional event held in Athens on Wednesday 22 June, friends and comrades of the legendary "Greek Viet Minch" Kostas Sarantidis, also known as Nguyễn Văn Lập,  honored his memory and legacy, on the occasion of his first death anniversary. The event took place at Studio New Star Art Cinema in central Athens and was attended, among others, by the Ambassadors of Vietnam, Cuba, Indonesia, Thailand and the Philippines.
Read more » 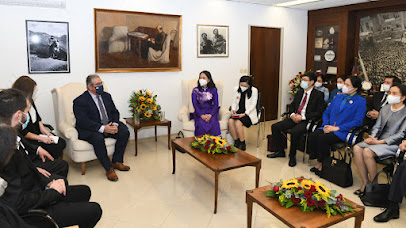 Vice President Vo Thi Anh Xuan is on a visit to Greece, as the head of a multi-member delegation consisting by the president of the Women's Union, the deputy ministers of Foreign Affairs, Labour and Social Affairs, Planning and Investments, Industry and Trade, as well as other governmental officials. From the side of the KKE the meeting was also attended by Giorgos Marinos, Politburo member, MEP Lefteris Nikolaou-Alavanos and Christina Skaloumpaka, president of the Greek Women's Federation. The Ambassador of Vietnam in Greece Le Hong Truong also participated in the meeting.
Read more » 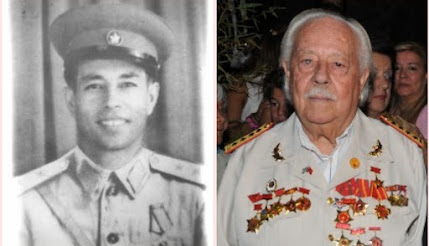 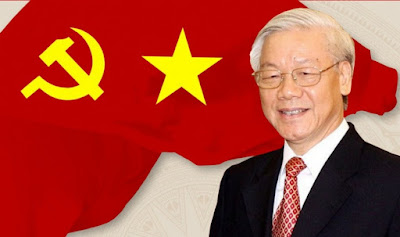 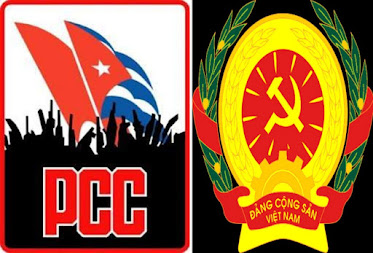 This week, Cuban and Vietnamese senior leaders celebrated the 60th anniversary of diplomatic relations between the two countries, which they described as exemplary.
Read more »

The Communist Party of Vietnam on Covid-19 pandemic: In Solidarity We Win!

The following article, written by Hoang Binh Quan, Member of the Central Committee of the Communist Party of Vietnam, addresses some basic issues on how the Party and the Vietnamese government responded to the COVID-19 pandemic outbreak:

CONSOLIDATING SOLIDARITY AND COOPERATION TO CURB AND SURPRESS COVID-19 PANDEMIC

The world has been struggling against the outbreak of the Covid-19 pandemic in almost all countries and territories across all continents, that seriously harms people’s health and routines and negatively impacts the global economy as well as all aspects of the political and social lives. Recent developments of the pandemic project a prolonged and perilous situation carrying in which a number of adversary implications.
Read more » 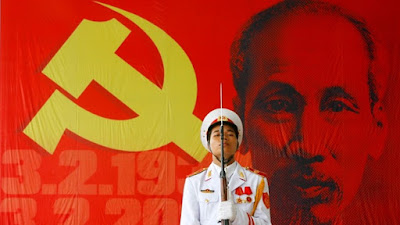 Today, February 3, 2020, the entire Party, people and army of Vietnam proudly celebrate the 90th founding anniversary of the Communist Party of Vietnam - the Party which was founded, led and trained by the great President Ho Chi Minh.

Over the past 90 years, the Party has led the nation’s revolution to overcome all hardships and challenges and gain many victories, turning Vietnam from an unknown country on the world map into a nation with prestigious position in the international arena. 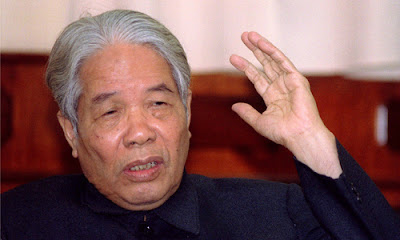 Former General Secretary of the Communist Party of Vietnam Do Muoi, who worked against the French colonial government and became a committed communist, has died at age of 101.
The government said in an announcement posted on its website that Muoi died late on Monday night at the National Military Hospital 108 after battling a serious illness despite efforts by Vietnamese and foreign doctors to treat him.
Read more »

Email ThisBlogThis!Share to TwitterShare to FacebookShare to Pinterest
Tags Communist Party of Vietnam, Do Muoi, Vietnam

Raúl Castro Ruz: "Eternal gratitude to the people of the Socialist Republic of Vietnam" 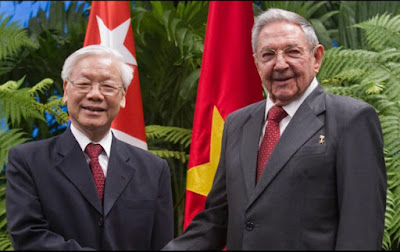 Speech by Army General Raúl Castro Ruz, First Secretary of the Party Central Committee and President of the Councils of State and Ministers, upon receiving the Gold Star Order of Vietnam, at the Palace of the Revolution, March 29, 2018, “Year 60 of the Revolution”
COMPAÑERO Nguyen Phu Trong, Nguyen Phu Trong, General Secretary of the Communist Party of Vietnam;
Distinguished members of the Vietnamese delegation;
Read more »

The 18th International Meeting of Communist and Workers' Parties (IMCWP) to be held in Hanoi, 28-30 October 2016

The 18th of the International Meeting of Communist and Workers' Parties (IMCWP) is scheduled to be held at Hanoi between 28-30 October, hosted by Communist Party of Vietnam.
The theme of the meeting is: “Capitalist crisis and imperialist offensive - Strategy and tactics of the Communist and Workers’ Parties in the struggle for peace, workers’ and peoples’ rights, socialism.”
The Communist Party of Greece (KKE) will participate in the International Meeting with a delegation which includes Giorgos Marinos, member of the Political Bureau of the CC, Eliseos Vagenas, member of the CC and responsible of the Partry's International Relations Department and Danae Helmi, collaborator of the Int. Relations Department of the CC of KKE.

HANOI- A delegation of KKE, headed by the General Secretary Dimitris Koutsoumbas, paid their respect to the historic leader of Vietnam and the country's Communist Party, Ho Chi Minh. Visiting the Ho Chi Minh's Mausoleum in Hanoi, GS Koutsoumbas led a wreath in memory of the legendary Vietnamese communist.

The delegation of the Communist Party of Greece had the opportunity to visit the simple wooden traditional apartment which was Ho Chi Minch's residence for years, as long as the Vietnamese leader had declined to stay in the adjacent colonial presidential mansion. Nearby to the apartment, it is the shelter where Ho Chi Minh and the cadres of Vietnam's Communist Party were working during the US imperialist intervention.
Read more » 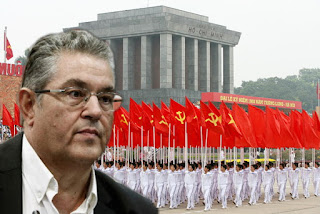