Stalingrad reloaded: Will the Russian city of Volgograd return to its former heroic name? 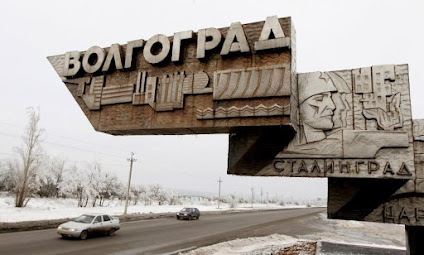 The Russian city of Volgograd may return to its former heroic name, Stalingrad, following a referendum that will take place within the next six months.

On Monday 5 December, a committee of experts on the study of public opinion met at the Volgograd Regional Duma in order to discuss the issue of the restoration of the city's old name. Addressing the audience, Volgograd Governor Andrei Bocharov noted that the issue is of historical importance and a carefully considered decision must be taken, based on the committee's work.
The initiative for the restoration of Stalingrad's name belongs to a group of veterans who presented the proposal to the Governor on November 19, on the 80th anniversary of the counter-offensive of the Red Army against the Nazis. It is noted that the 2nd of February 2023 will mark the 80th anniversary of the heroic Battle of Stalingrad, one of the most significant victories of the Soviet Army in the Eastern Front during the Second World War.

Volgograd, a city with a population of over 1 million, was founded in the 16th century  as Tsaritsyn. On April 10, 1925 the city was renamed Stalingrad. From 17 July 1942 to 2 February 1943, Stalingrad became the location of one of the fiercest and most iconic battles in the Second World War, ending with the heroic victory of the Red Army over Wehrmacht. In 1961, with the context of Nikita Khrushchev's revisionist “destalinization”, the city was renamed to Volgograd.

During the last years, the issue of Volgograd's return to its former name Stalingrad has been set on the table multiple times in the past without leading to  any concrete decision by the authorities.
However, since the beginning of the invasion in Ukraine nine months ago, the history and the symbols of the Soviet Union and the Red army had been subject to systematic exploitation by the anti-communist Russian government, in an attempt to manipulate the pro-Soviet feelings of a large part of the population.

A possible restoration of Stalingrad's name, despite its symbolic importance, will mark another attempt of the bourgeois Russian authorities to appropriate parts of Soviet history in order to persuade working class and popular strata under the flags of capitalist Russia in the ongoing imperialist war.