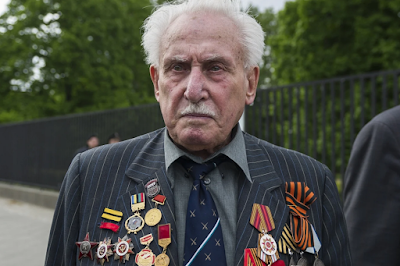 In January 1945, Red Army tank driver David Dushman saw Auschwitz survivors stagger out of the concentration camp, amidst the dead victims of Nazi terror. "They staggered out of the barracks, sat and lay among the dead," Dushman told the Munich-based Süddeutsche Zeitung (SZ) newspaper six years ago.
"We threw them all our canned food and immediately went on to hunt down the fascists," said Dushman, referring to the Nazi perpetrators.

One of only 69 soldiers in his Red Army division to survive the war, Bushman became a top Soviet Union fencing athlete and women's team coach after the war.

Later in life, Dushman visited schools to tell students about the war and the horrors of the Holocaust.