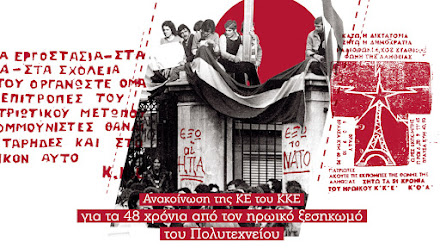 It was on 23 September 1974 when the Greek government of “national unity”, under Konstantine Karamanlis, was publicly announcing the legalization of the Communist Party of Greece (KKE) after 27 years. Alongside with the legislative decree, the government was repealing the infamous Law 509/1947 which was a source of persecutions, exiles, tortures and executions of thousands of communists during the post-war years.

On 25 September 1974 the front page of “Rizospastis”, the official organ of the KKE, was dominated by the Greeting Message of the Central Committee to the working class, the peasantry, the whole people. Here is a significant excerpt of the message: 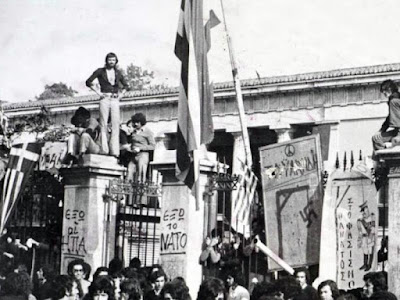 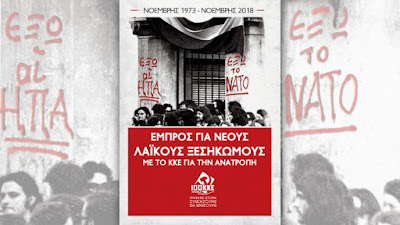 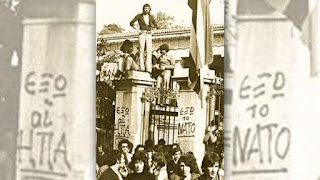 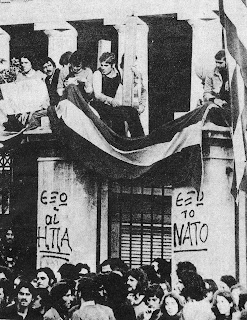 ATHENS, Greece –  Stylianos Pattakos, the last survivor among the leaders of a 1967 coup that ruled Greece for seven years, has died at 103.
The state-run Athens News Agency reported that he died following a stroke Saturday. Pattakos was a brigadier general and commander of the armored forces stationed in Athens when he took a decisive part in the April 21, 1967, coup led by Col. George Papadopoulos.
He served as interior minister and, from 1971, as first deputy prime minister. He was later shunted aside by Papadopoulos who tried to liberalize the regime, which was ultimately halted by military hardliners. Pattakos was condemned to death in 1975 for his role in the coup, but his sentence was commuted to life imprisonment. He was discharged in 1990 for health reasons.
Read more »

Greece's 'Black Anniversary': Announcement of KKE for the Military Coup of 21 April 1967

The 21st of April is a black anniversary for Greece. It was April 21, 1967 when a group of far-right army officers led by Brigadier General Pattakos and Colonels Papadopoulos and Makarezos seized power after a coup d'etat. In the early morning of that day, tanks were already marching in central streets of Athens while small mobile units of the army were arresting politicians, government officials and prominent figures who were regarded as left-wing sympathies. The military dictatorship (Junta) lasted seven years, from 1967 to 1974.

KKE: Announcement for the military coup of April 21st.
Source: 902.gr / Translation: In Defense of Communism.

Today, 49 years after the military coup of April 21st 1967 we get taught, we honor the fighters, the victims of Junta. We honor the members and staff of KKE and KNE, all those who stood unbending in detention centers, in the EAT-ESA torture rooms, in prison and exile.

The military dictatorshop was supported by parts of the plutocracy, by centers of our country's bourgeoisie, by the USA, which is a proof that the bourgeoisie and its state can even support military and political coups in order to serve their interests, (to serve) the needs of the exploitative system.
Read more »