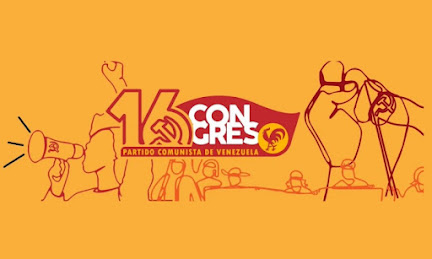 The 16th National Congress of the Communist Party of Venezuela (PCV) "will deepen the line of broad unity of action of the workers-union and popular movement to confront the aggressions of imperialism and the surrenderist policies of the government elite that, in alliance with capital, develops against our people and in favor of the national and transnational monopoly groups," said this Monday the Secretary General of the Central Committee of the PCV, Oscar Figuera.

This Thursday, November 3, the highest leadership body of the Venezuelan communists will meet. Figuera extended the invitation to the workers and popular movement to participate in the Act of Public Installation to be held at 3:00 pm in the facilities of the Cantaclaro Theater.

"The whole statutory process has been successfully completed: the Cell Conferences, the Local Conferences and the Regional Conferences; the discussion of the base documents; the election of the effective delegates; the designation of the fraternal delegates", he said in the usual press conference of the Red Rooster party.

Figuera informed that there will also be a tribute to three distinguished communist leaders in the centenary of their births: Jerónimo Carrera, Emigdio Cañizález Guédez and Trino Meleán.

The prelude to the 16th National Congress of the PCV will be the III International Ideological Seminar "The contemporary ideological struggle and the central vanguard role of the proletariat as a revolutionary subject in capitalism". The seminar will be held this Wednesday, November 2 at the headquarters of the Central Committee of the PCV and will include presentations by 15 international organizations that will meet in Caracas.

"This is a contribution to the general policy of the international revolutionary movement" organized by the Institute of Higher Studies Bolivar Marx, said Figuera.