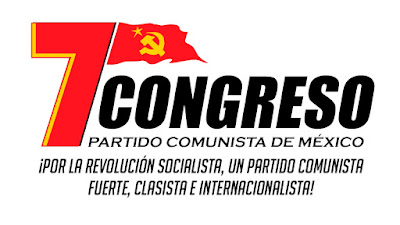 The 7th National Congress of the Communist Party of Mexico (PCM) is scheduled to take place on 16-18 December in Mexico City, under the subject "For the Socialist Revolution, a Strong, Class and Internationalist Communist Party".

In an editorial published in the Party's official organ "El Machete", the 7th Congress of the PCM "will deepen its policy of criticism and confrontation against the current government of López Obrador and any expression of social democracy, and will seek to strengthen itself in order to have the capacity to promote a revolutionary transformation in Mexico that is urgent and necessary".

Being the political offspring of the Mexican working class militant tradition, the Communist Party of Mexico (PCM) has adopted a firm and principled position against the social democratic illusions spread by various political forces throughout Latin America. Within this context, it has exercised sharp criticism towards "leftist"- social democratic governments, including those of AMLO, Lula da Silva and Gabriel Boric.

The PCM is an active member at the International Meeting of Communist and Workers' Parties (IMCWP).