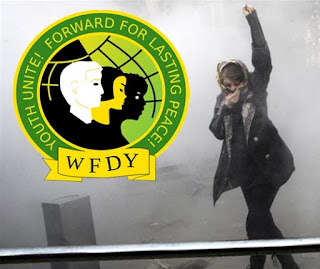 Policies which have brought high prices on basic consumer goods, huge unemployment, widespread privatisation and extreme poverty on a mass scale. They are standing against the violations of the regime on the human and democratic rights of the people, on the same time that they oppose the anti-popular policies and conventions against the workers.
WFDY condemns the extreme methods of interrogation including torture, to break the massive mobilizations of the youth and students. Just to mention that until now at least 22 people have been killed and more than 1500 people have been arrested.


WFDY demands from the authorities of Iran to publish a list of names of all those who has been arrested during the protest demonstrations and also the location they are held. WFDY also demands together with the youth of Iran the immediate end to all torture and the release of all those arrested by the security forces, along with the removal of all military and security units from inside university campuses. 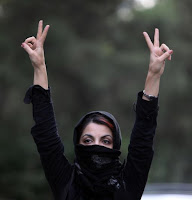 Further, WFDY express its total support and solidarity to its member organization, the Tudeh Youth which is also in the streets supporting the mobilizations of the popular and progressive youth of the country. WFDY also calls the youth of the world and its member organizations to express their support and solidarity to the struggle of the youth and people of Iran for peace, human and democratic rights, social justice, and for standing firm against the plans and plots of the US imperialism, the Israeli reactionary government and the reactionary regime in Saudi Arabia.
Long live the struggle for peace and progress!
Victory to the struggle of people for freedom, democracy, and social justice!
Long Live International Solidarity and anti-imperialism!
On behalf of WFDY
Budapest, January 11th, 2018.