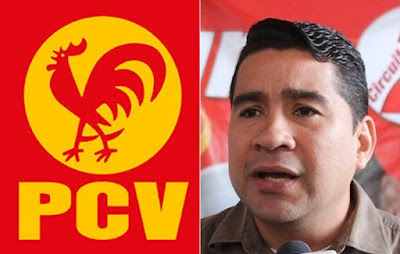 In a statement issued on August 16th, the Political Bureau of the Central Committee of the Communist Party of Venezuela (PCV) denounces a provocative effort against its member Yhon Luna, who is allegedly linked to "terrorist, fascist, corrupt and anti-national activities".

The PCV "strongly and forcefully reject any attempt to link the Communist Party of Venezuela or any of its leaders and militants with terrorist, fascist, corrupt and golpist actions, as it happens in the case of the campaign that has been publicly developed against our comrade Yhon Luna, member of the PCV Central Committee and the Regional Commitee of the Tachira State, (also) deputy of the legislative council."