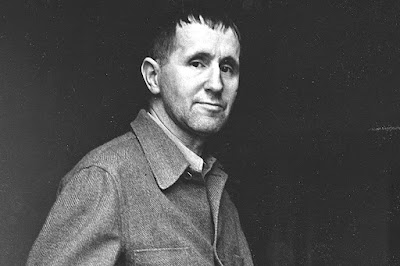 Five Difficulties in Writing the Truth (1935).
By Bertolt Brecht.

Nowadays, anyone who wishes to combat lies and ignorance and to write the truth must overcome at least five difficulties. He must have the courage to write the truth when truth is everywhere opposed; the keenness to recognize it, although it is everywhere concealed; the skill to manipulate it as a weapon; the judgment to select those in whose hands it will be effective; and the cunning to spread the truth among such persons. These are formidable problems for writers living under Fascism, but they exist also for those writers who have fled or been exiled; they exist even for writers working in countries where civil liberty prevails.
Read more »