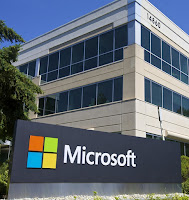 The multinational giant Microsoft- despite its immense profits- is laying off more than 3,000 employees, with the cuts falling largely on the company's sales force. The vast majority of layoffs will hit employees located outside the United States, although some will also be in Redmond. Greek Telecommunication & IT Workers Unions has condemned the lay offs:
The Telecommunications & Information Technology Unions of Athens, Thessaloniki, Forthnet and 360 Connect (Vodafone) members of PAME (All-Workers Militant Front) and WFTU (World Federation of Trade Unions) condemn the multinational Microsoft, which announced that it will lay-off 3000-4000 from its sales departments.
Read more »