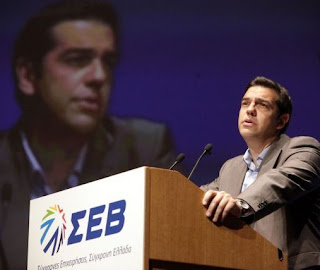 "The future of the economy for many decades will be judged at this time. We must be united before a goal of national importance," Tsipras said. The demand for sustainable growth and a national plan for radical changes had yet to be fulfilled, he said, while the years of crisis had amply demonstrated that the previous production model had failed. This model would have to be redesigned in order for Greece to exit the crisis and the country was now asking its creditors to meet their own commitments, enabling Greece to access the markets on its own merits.
Read more »