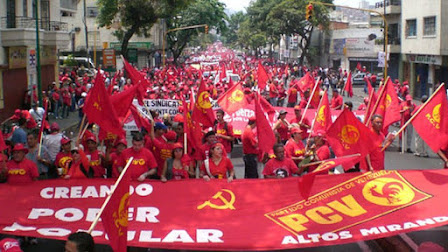 Joint statement signed by Communist and other Parties concerning the ongoing offensive of the Venezuelan government against the political rights of the Communist Party of Venezuela (PCV).

For the respect of the political rights of the PCV

The organizations and people who subscribe this statement see with great concern the expressions of Diosdado Cabello, First Vice President of the United Socialist Party of Venezuela (PSUV), broadcast through his program on VTV, "Con el mazo dando". In them, the leadership of the Communist Party of Venezuela and its Secretary General, Óscar Figuera, are accused of being a “representative of the United States”, among other serious accusations of a similar nature. 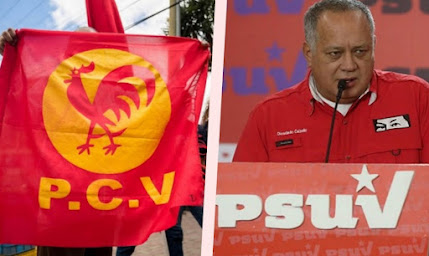 "You lash out against the Communist Party of Venezuela and against our General Secretary using your position of power and from your economic well-being, taking advantage of the State media, without allowing us a right to reply to your excessive and euphoric attack",said Carlos Lazo, member of the Political Bureau of the Central Committee of the PCV.
Read more »