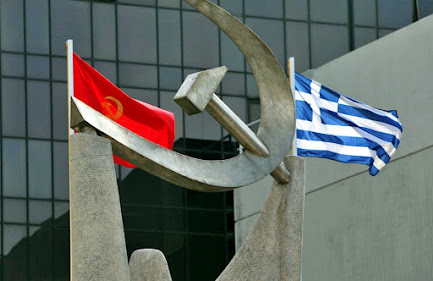 After the annexation, every attack on these territories will be considered an attack on Russian territory and the Russian government is even threatening to use nuclear weapons.

These developments, as well as Ukraine's announcement of withdrawal from the “non-nuclear state status”, combined with the intensified military, political and economic support by the US, NATO and the EU in the reactionary government of Kiev, lead to disastrous escalation of the imperialist war in Ukraine, with the people being the victims.

In these conditions, the involvement of Greece in the USA-NATO plans, the dispatching of military equipment to Ukraine and the use of US bases in our country, under the responsibility of the government and the parties of the Euro-Atlantic arc, multiplies the risks and engages our people in great dangers.

Now, the need to strengthen the popular struggle in order to immediately stop the participation and involvement of Greece in the imperialist war becomes even more imperative."