Thousands of communists, workers, people of every age, men and women, attended the event thus sending a powerful message of unwavering struggle alongside the KKE, against capitalist exploitation and imperialist wars, for socialism.
The three-day events at Tritsis Park in Athens was the peak of a series of events all over the country, within the framework of the 48th KNE-Odigitis festival. The festival included numerous political and cultural activities, including music concerts by some of the country's most popular artists, theatrical performances, book presentations, stand up comedy, various exhibitions and sports events. 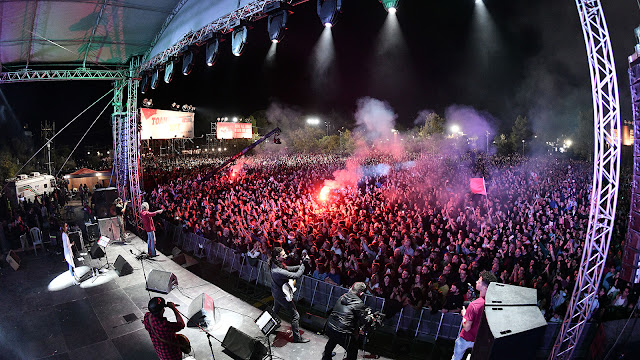 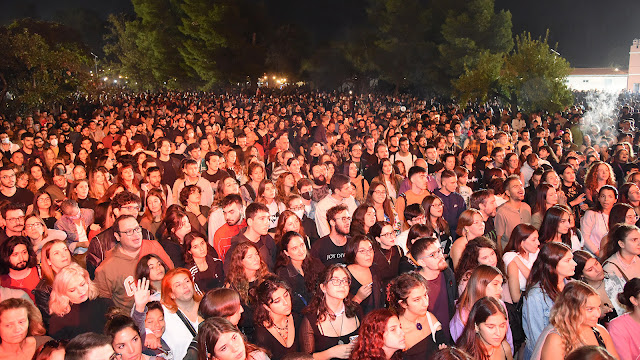 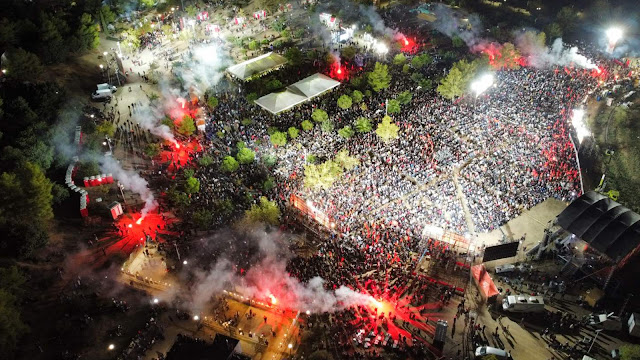 At least 35 communist youth organizations from around the world participated, having their own place at the festival's "international city".

Being one of the country's most significant annual cultural events, the KNE-Odigitis festival spans a history of 45 years. The 1st festival of KNE and her newspaper "Odigitis" took place on September 1975, just months after the collapse of the 7-year old military dictatorship.