KKE MEP: The Euro-Atlantic camp and capitalist Russia are complicit in war massacres 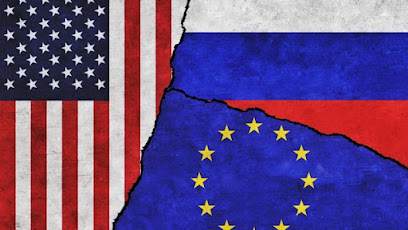 On Wednesday 6 July, a discussion titled “The relations of the Russian government and diplomatic network with parties of extremist, populist, anti-European and certain other European political parties in the context of the war” took place at the plenary of the European Parliament in Strasbourg.
In his short and well pointed intervention, the MEP of the Communist Party of Greece (KKE) Lefteris Nikolaou-Alavanos stressed out the following:
“The expediency of today's discussion is obvious. Today, you belatedly curse Putin, but in 1991 you applauded the Gorbachev, Yeltsin, Putin clique when they dismantled the Soviet Union; the socialist state where for decades the peoples lived in brotherhood. Until January, you were praising the Putin government, also for the intervention in Kazakhstan against the large workers' mobilizations. Last year, the Greek government awarded them (Putin's government) and only the KKE opposed it.

Today's Russia, despite your pretexts of a supposed “struggle between democracy and authoritarianism”, is a capitalist state, just like you. Putin is one of yours. Both the Euro-Atlantic camp and Russia are complicit in the war massacres, the anti-people measures, you both promote anti-communism feeding the far-right, thus shielding the exploitative system you serve.

The imperialist conflict in Ukraine is between two camps of robbers: The US-NATO-EU and the bourgeoisie of Ukraine against capitalist Russia, for the control of pipelines and markets by monopolies at the expense of the people. We are with the people and their independent struggle against the monopolies and their alliances, for the disengagement from the carnage of war”.