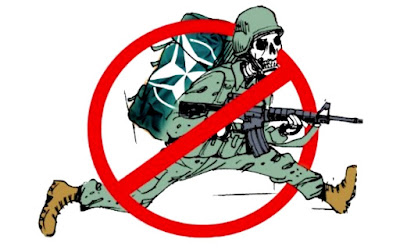 The accession of Sweden and Finland to NATO has been systematically supported aiming to strengthen the encirclement of Russia. The expansion of its activity throughout the world is being promoted either independently or together with other countries, coveting the Indo-Pacific region in the framework of the competition between the USA and China. The above plans are accompanied by huge armaments programmes and escalating nuclear threats while the bourgeois governments, liberal and social democratic, announce one after another their increasing military involvement in the imperialist war in Ukraine, with the money of the peoples.

The conflict between imperialists forecasts dangerous and unpredictable sharpening of their confrontation over wealth-producing resources and spheres of influence, for which the peoples will pay in a multifaceted way.

The peoples of Europe can chart their own course of disentanglement from imperialist plans; for peace, cooperation, the joint struggle for their rights, and the disengagement from NATO and the EU, in conflict with capitalist barbarism.