KKE condemns the murder of two Greek expats in Ukraine 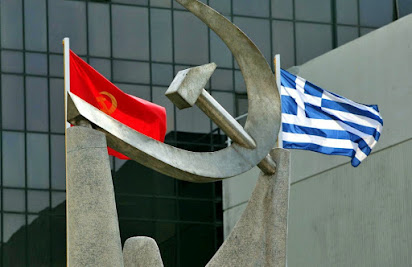 In a statement, the Press Office of the CC of the Communist Party of Greece (KKE) condemns the murder of two Greek expatriates and the injury of two others by Ukrainian troops in the village Graninta in Eastern Ukraine.

According to the Greek Ministry of Foreign Affairs, those responsible for the double homicide are three soldiers of the Ukrainian army, who argued with the Greeks over a trivial cause. The statement (here in Greek) of the Communist Party reads:

"The KKE condemns the murder of two Greek expatriates and the injury of two others by Ukrainian soldiers in a village in Eastern Ukraine. The government of Ukraine is accountable and responsible for the security of Greek expatriates who have been also targeted in the past. Both the Ukrainian and Greek governments must immediately provide full explanations for the circumstances under which this tragic incident took place.

At this critical moment, when the confrontation of the US, NATO and EU with Russia in the region is just a step before the war, this tragic incident raises additional concerns and confirms the dangers arising from Greece's involvement in this conflict as well, under the responsibility of the government.

The KKE expresses its condolences to the families of the two Greek expatriates."