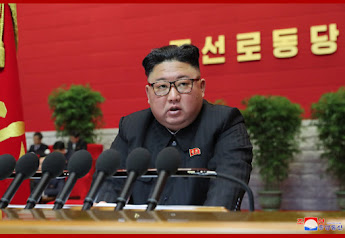 KCNA report adds that "all the Party organizations and members, other people and servicepersons of the People's Army have to make a vigorous advance towards the implementation of decisions adopted at the 8th Party Congress and the new victory in the building of the powerful socialist country under the leadership of Comrade General Secretary, keeping deep in mind the great pride and honor of holding in high esteem Comrade Kim Jong Un, the outstanding leader of the Juche revolution, as the general secretary of our great Party".

It must be noted that in 2016 Kim Jong Un had been appointed as the Party's "Chairman". The equivalent title of "General Secretary" of the Workers’ Party had been formerly held by his late father and grandfather, Kim Jong Il and Kim Il Sung respectively.