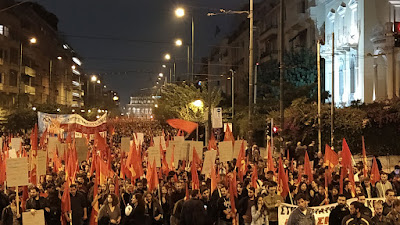 The contingents of the Communist Party of Greece (KKE) and its youth wing (KNE) were particularly big, creating a massive "river" of red flags. At the head of the rally were the members of the Association of Imprisoned and Exiled by the Greek Junta (SFEA), while other blocs included the Peace Committee for International Detente and Peace (EEDYE), the Federation of Greek Women (OGE), the All-Workers Militant Front (PAME) and numerous students' unions.

A delegation headed by the General Secretary of the KKE Dimitris Koutsoumbas attended the rally.

In Thessaloniki, this year's rally for the Polytechnic Uprising anniversary was one of the largest in recent years. Similar events took place in many Greek cities. 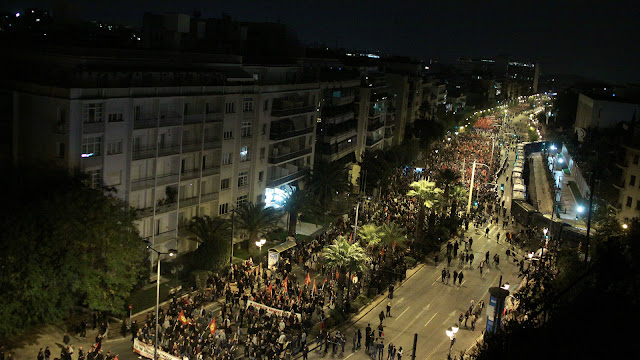 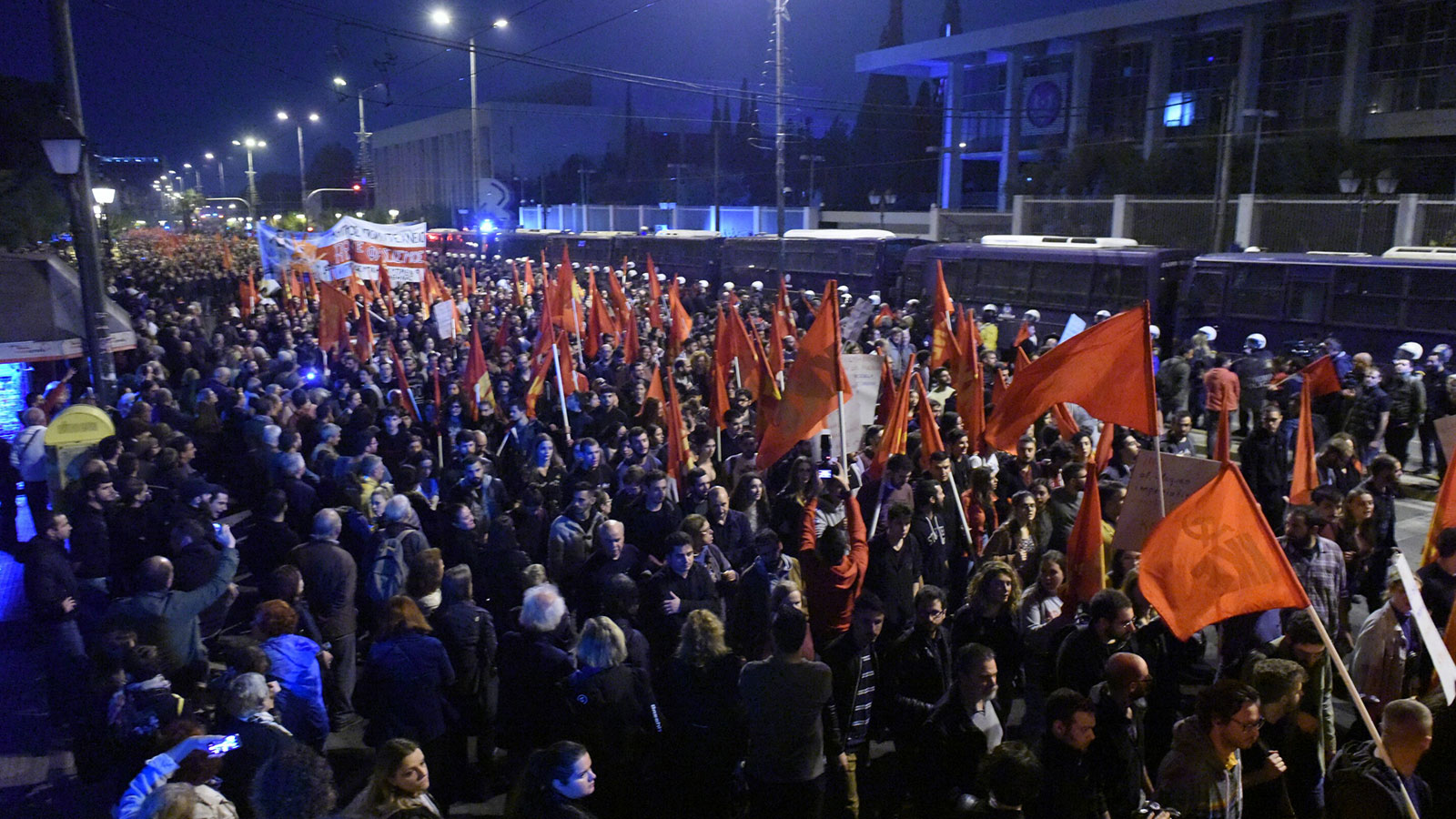 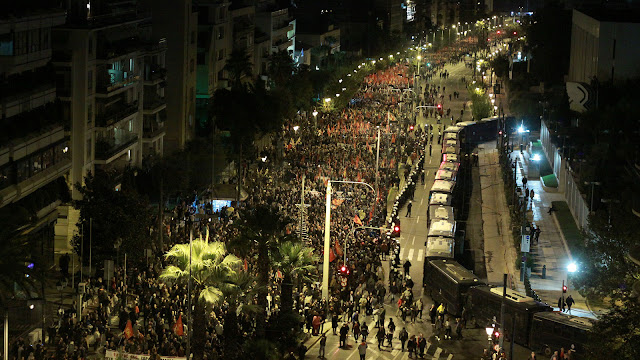 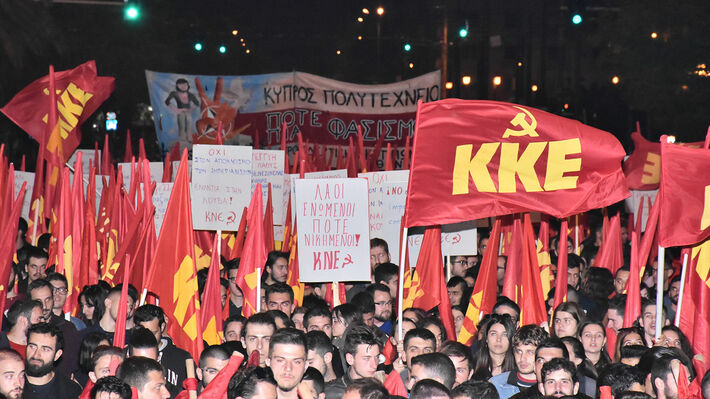 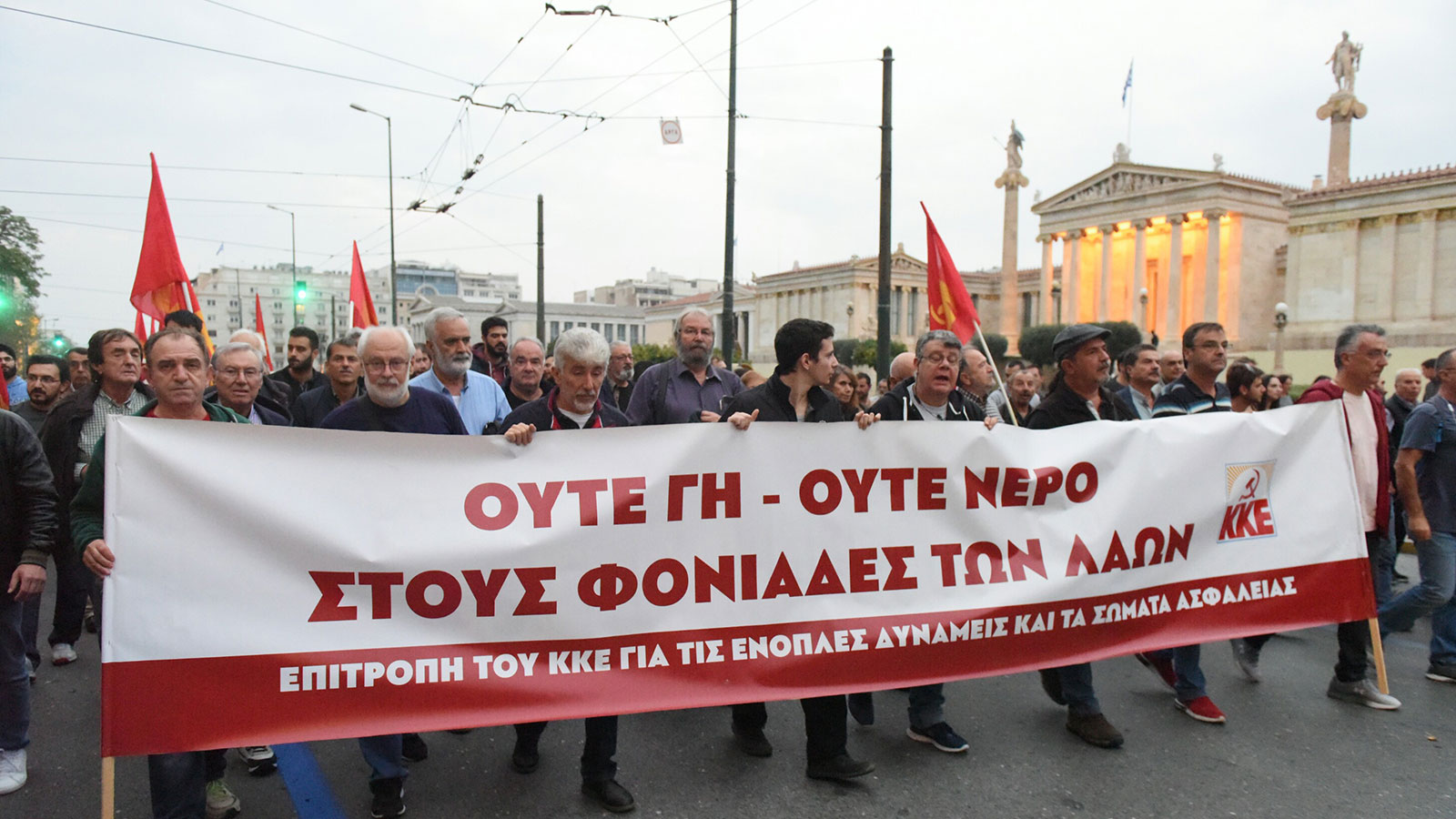