Sitaram Yechury said: “It is our democratic right to meet our own comrade, who has been keeping unwell. The Central government wants everyone to believe that there is no curfew in Kashmir and everything is normal. But our experience today shows that the place has been completely taken over by security forces. The repression is palpable and visible to everyone.”

In a statement, the Political Bureau of the Communist Party of India (Marxist) points out:
"The Polit Bureau of the Communist Party of India (Marxist) condemns the detention of Sitaram Yechury General Secretary of the Party and D Raja, General Secretary of the CPI at the Srinagar airport. This shows the authoritarian face of the BJP government.
Sitaram Yechury and D Raja had gone to Srinagar to visit Md Tarigami, MLA, the ailing leader of the CPI(M) and to meet the people of J&K.
The Polit Bureau calls upon the people to protest this anti-democratic act of the BJP government." 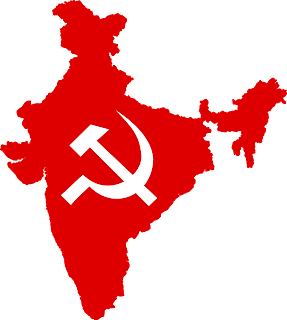 Likewise, the National Secretariat of the Communist Party of India strongly condemned the detention of Com. D. Raja, General Secretary of CPI and Com Sitaram Yechury, General Secretary of CPI (M), at Srinagar Airport today; by the security forces. They were on their way to meet Com. Tarigami, MLA of Jammu & Kashmir Assembly, as he is not well. Both the Communist leaders have written a letter earlier to the Governor; Jammu & Kashmir that they would like to meet the party leaders and activists at Kashmir valley. This detention is undemocratic and despicable.
The CPI further said that Prime Minister Narendra Modi yesterday in his broadcast to the nation claimed that there is normalcy in the Jammu & Kashmir and people are happy with the decision of abolition of article 370 and 35A. If it is true then why the national leaders are not allowed meeting the people of J & K. The whole Jammu & Kashmir is under seize with tens of thousands of security forces and they are parading in the streets of towns, villages and undemocratic curfew is in existence. This reflects the reality.
CPI condemns the arrest of D Raja and Sitaram Yechury and demanding to release them immediately. They should be allowed to meet the party leaders, activists and people of the state.


Solidarity from the KKE
A statement of solidarity towards the Communist Parties of India, CPI and CPI(M), was issued by the Press Office of the CC of the Communist Party of Greece (KKE) which condemns the detention and demands the immediate lift of any barriers in the political activity of India's communists.
IN DEFENSE OF COMMUNISM ©