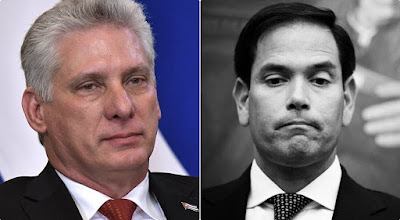 Τhis week, the hashtags #BajenLosPricesdeInternet and #ReportoApagonCuba have become viral, pushing for lower internet and technology costs, and to report blackouts across the island.

The Florida senator tweeted Friday: "waiting to see what creative response comes to the regime to blame the expensive prices of phones and blackouts on the U.S. embargo."

“It is the Government of Cuba that has maintained the embargo,” continued the Republican legislator, “because under U.S. law the embargo ends if there are: free, fair and multiparty elections, civil liberties, the right to own and enjoy private property and an independent judiciary.”

Diaz-Canel, who has denounced the suffocating and rapidly compounding sanctions since before his election in 2018, tweeted back: “Cuba does not give in to pressure or threats. We will eternally defend our sovereignty and independence.” 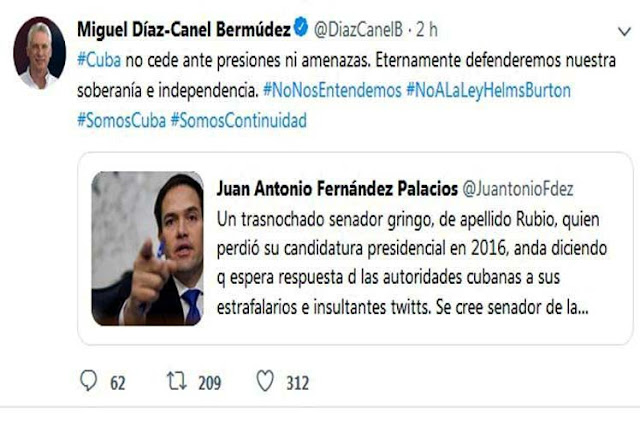 Cuban Ambassador to Austria, Juan Antonio Fernandez Palacios showed his support, writing: “A worn-out gringo senator, surnamed Rubio, who lost his presidential candidacy in 2016, is saying he is waiting for a response from the Cuban authorities to his quirky and insulting tweets. He thinks he is a senator from ancient Rome. Mr. #NoNosEno #NoMasBloqueo (No More Blockades.)”

The U.S. senator began a three-day tour of Argentina, Ecuador, Mexico and El Salvador, which is aimed at "strengthening alliances in the Western Hemisphere on regional and global challenges." Secretary of State Mike Pompeo is making a similar, simultaneous tour of Latin America.