This is the actual face of capitalism which generates poverty, homelessness, unemployment, wars and misery.

Check out the facts: 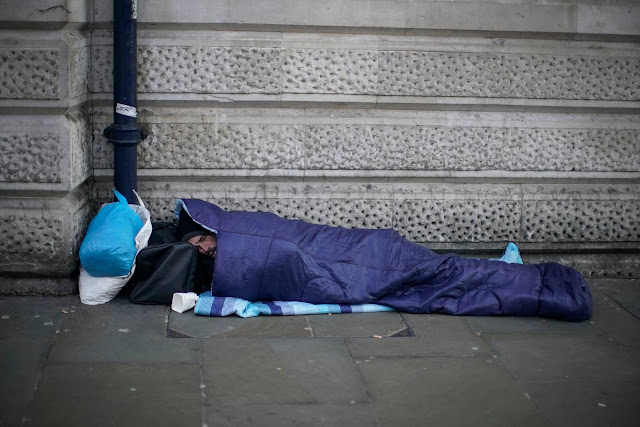 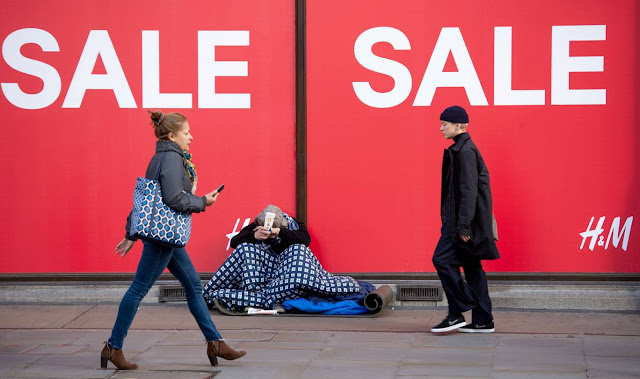 London accounted for 27% of the total number of people sleeping rough in England. This is up from 24% of the England total in 2017. 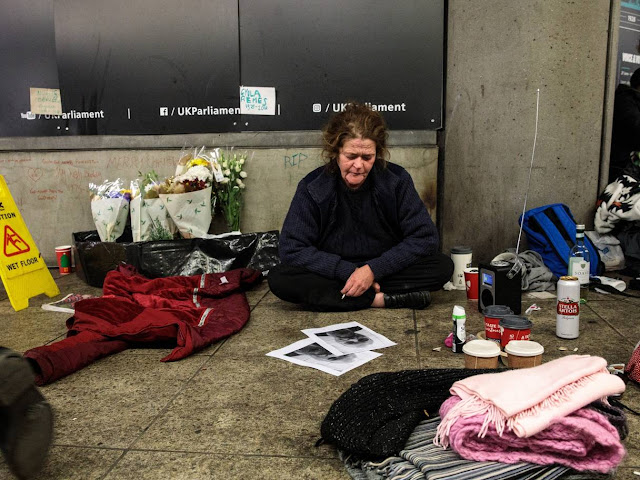 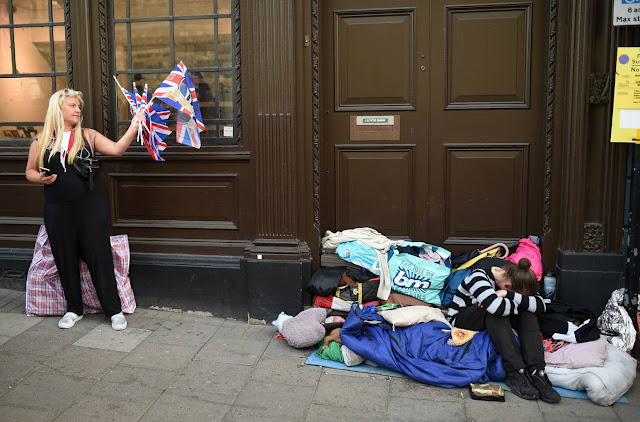 14% of the people recorded sleeping rough were women, the same as in 2017. 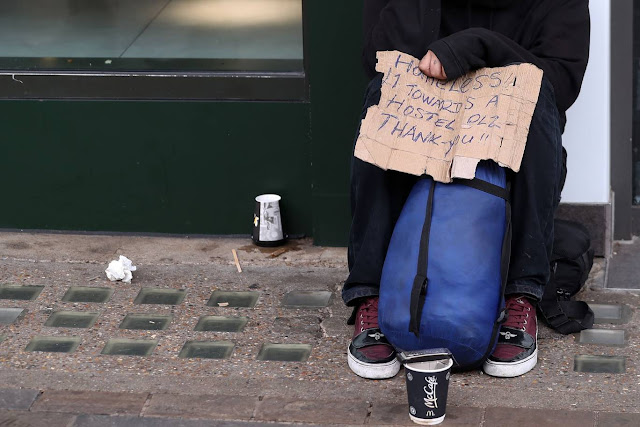 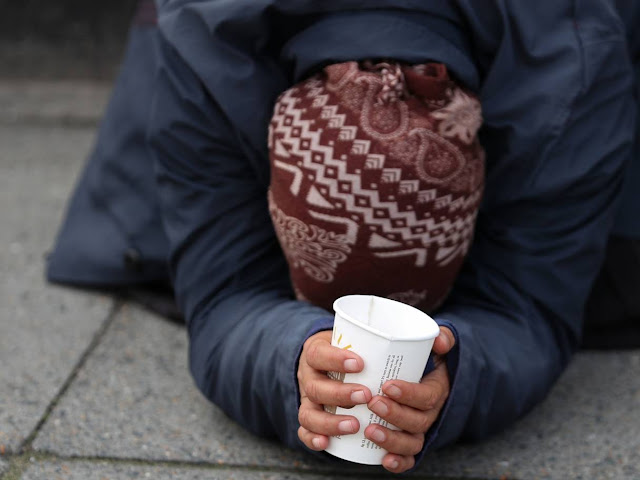 Almost 79,000 families were staying in temporary housing in the last three months of 2017 because they didn't have a permanent home, compared with 48,010 in the same period eight years before 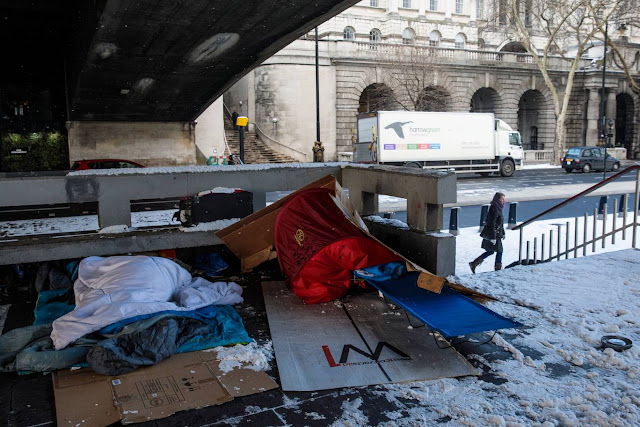 There had been a significant reduction in families living in such conditions before the Coalition government came into power, with the number having fallen by 52 per cent between 2004 and 2010 under the Labour government.

9/10 Families staying in temporary has risen since 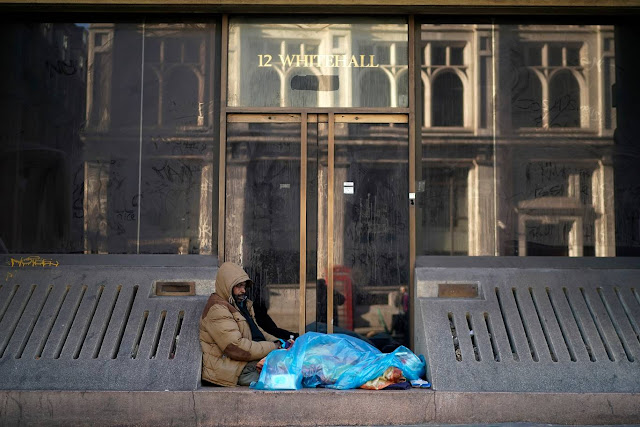 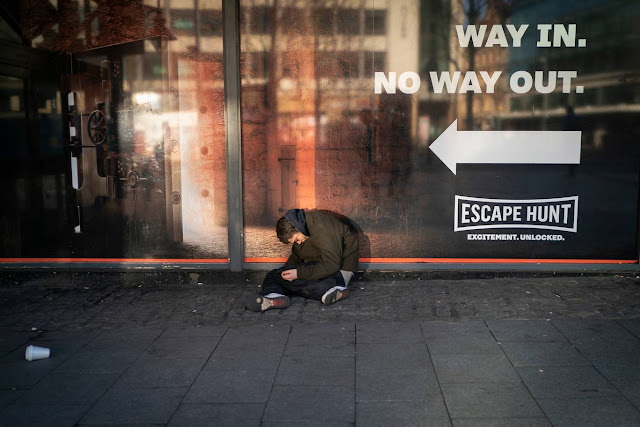 Nearly 58,000 families have been accepted as homeless by their local council in the past year (as of March 2018), equating to an increase of 8 per cent over the last five years.