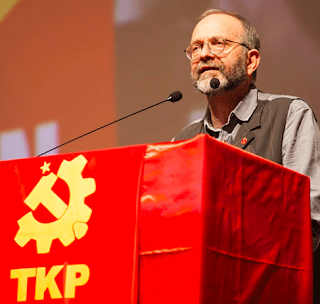 USSR has been collapsed, that is, the country that is founded on the basis of the Revolution now does not exist. From that point of view, it might be thought that there is nothing to be celebrated, however, the Revolution is the greatest event of the 20th century whose remains cannot be wiped off from the earth and which still continues to inspire those who are oppressed all around the world. Today, in Russia, various rock bands are playing songs saying 'Towards New Octobers".


Thus, capitalism can not do away with the October Socialist Revolution there either. There is more to commemorate, however, it needs to be linked with the future rather the past. Today the idea of revolution and socialism, the goal of communism is absolutely current and the October Revolution is a part of it.

It's being questioned whether the October Revolution is universal and an allegation is ongoing saying that it's too much Russian-oriented. How about that?

They must check the Revolution's sphere of influence. New countries that emerged after USSR, were former republics within the USSR. At one time, before the Revolution, that wide area used to be ruled by the Russian Empire, but the Revolution managed to gather those by emancipating them. Moreover, beyond the USSR, mainly in Europe, it resonated with all the globe, masses have struggled to pass through the way the October opened up, and some even achieved. October Revolution has a part reflecting a Russian side for sure, it is centred in Petrograd, it carries some colours specific to it. On the other hand, the October Revolution represents a triumph of workers in the face of bosses. Today, all over the world that is a need. And the October Revolution points out the sole way showing that how working-class overcomes bourgeoisie. It's fully universal!

Lenin, the leader of the Revolution, died after a short time later in 1924. Many people say that it was inevitable for the USSR to get dissolved on the occasion of his death.

Irrelevant. Lenin was a significant leader, yet, none of the breakthroughs that formed and shaped the USSR was made in his period. He died in 1924, however, we know that Lenin stepped away from the political struggle starting from 1922 and that his illness kept him away from the issues of his country. In 1922, despite the fact that the USSR was dealing with starvation, was in poverty, had an idle industry, was a country whose agriculture was economically sabotaged; there were an organized working class and a party looking at the future with hope. Great moves were all happened afterwards. There is no connection between the dissolution of the USSR and Lenin's death. 67 years in between!

So why has the Soviet Union collapsed, you also have a book on that issue?

- There are thousands of books addressing this and sometimes a short answer may be too dangerous. By taking the risks, I can say that: The USSR was demolished due to the fact that the Party, which had a responsibility to lead the country advance towards communism, has moved away from tracking a revolutionary path gradually. Why did this happen? Because, after stiff struggles, the fatigue of the country has also affected the Party itself. In the ideological area, mistakes that legitimated the escape from the struggle were made, the hostility of imperialism was underestimated. In economy, the importance of providing absolute sovereignty of public property was not understood. The revolutionary will, which has managed to save the country against tough turns till the end of WWII, has transformed into a status quo. If you stop, either you fall, or they make you fall.

There is a claim, nowadays, citing that The October Revolution has falsified Marxism. "Returning to Marx" now turned out as a slogan for most of the people. Shall we?

You can not return to Marx, you can only be a Marxist. He is a revolutionary, and those who are presuming to remove the legitimacy of the October Revolution and Lenin by 'utilizing' Marx, shall end up with a failure. Bourgeois projects, rehabilitation of capitalism, the "third-way"mania or seekings for a "free society" in which a revolutionary sense is purified... There is nothing in Marxism for those. It is identical to saying "Marx was right!" that some vigilant capitalists tell. They're assuming Marx is a professor of econometry in Harvard, and Lenin was a coup platter sergeant! 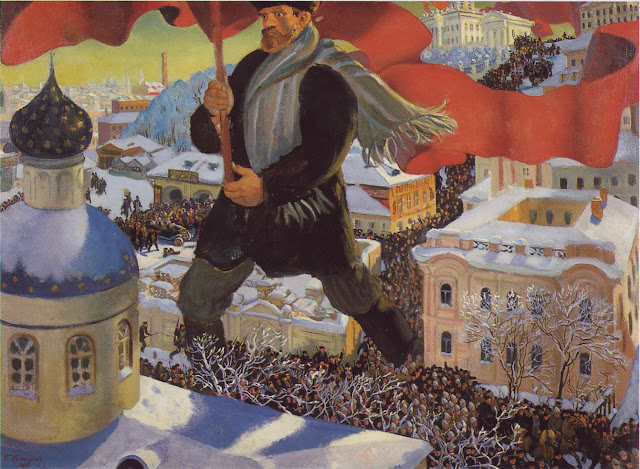 You say that the socialist revolution is current. Probably you are being frequently asked whether you really believe in that...

That's correct. And we are responding to this question with the following: Do you consider that capitalist order could or should maintain its presence for a long time? Well, we are talking about an order which is not defended and criticized by those who are even taking advantage of it. October Revolution has revealed that this system can be demolished as well as the way to do so. It can not be repeated, but in the future revolutions will have both the same dynamic and mechanic basis. Right now, during the interview, I can hear a radio correspondent in the background reporting the news. Just take a look at humanity that has done spectacular things, has spawned works, has built civilizations. Crisis, unemployment, corruption, homicides, abuses... How come the revolution is not contemporary?

A week before, on 29th October, Turkey's Republic Day was commemorated. The Turkish Republic and the Soviet Revolution are outputs of the same era. How do you describe the relationship between those? Was it depending on mutual interests only? In other words, was that relationship a 'product' of pragmatic policies?

- Nobody can say there were no 'pragmatic' accounts. The USSR and the leadership of the nationalist movements across Anatolia kept their wary eyes on each other for sure. Frankly, it was impossible to have an attitude that is unconditional and not well-thought. Besides, class orientation and purposes were different for those two. Yet, the matter cannot be simplified to this extent. They were on the same front, that is, revolution front. Secondly, from a social point of view, the October Revolution has excited the people of Anatolia and has captivated them depending on various reasons. People were sympathizing with Bolsheviks and that sympathy does not arise from an "official policy". Moreover, the USSR has affected the foundation period of the Turkish Republic on different aspects, even though later on the Republic has distanced from the USSR. Soviets has engraved a lot of things in the economy, culture, urbanity. If you observe carefully those traces, there is a spirit going beyond a relationship which is based on self-interest. In the Soviet-built factories and workplaces, there are merits which now cannot even be imagined by the working-class in Turkey: cinemas, kindergartens, concert halls, green zones...

Last question... In today's Russia, to what extent the state represents the October Revolution?

In no wise. The ruling class In Russia is exploiting and bastardizing it, just because it is not able to get rid of the traces and effects of the Soviet era. What is the connection? The USSR was an egalitarian country even for a period in which it was infirm. Russian Federation, contrary, is leading the field on social injustice. The working-class in Russia, today, is the oppressed class.