The alliance between PCdoB and PT came as a result of the effort to create a broader alliance between "left forces" against the conservative and right-wing forces. More specifically, according to a statement issued by the Communist Party (PCdoB) "the coalition between PCdoB and PT has emerged as the possible and important alliance to build the victory of progressive forces in view of the strong orchestration of the conservative and coup forces."


On August 5, the Workers' Party delivered an invitation by former president- and candidate for the October 2018 presidential elections- Lula da Silva to Communist Party's Manuela d'Ávila, offering her the position of vice-president on his electoral plate. Subsequently, the National Political Commission of the PCdoB approved the electoral alliance.

In its statement, the PCdoB "calls on its militant collective, all of its supporters, the popular, democratic, patriotic forces to converge and fight to make possible the fifth popular victory in the next presidential elections, the only way to get the country out of the crisis, and to unleash the journey for a new national development project."

Here comes the question: Did the comrades of the Communist Party of Brazil learn anything from the lesson of social democracy in Latin America and worldwide, or not? From SYRIZA in Greece to PSOE in Spain and from Moreno in Equador to Bachelet in Chile, social democracy has been proved as a basic pillar of the bourgeois political system.

Actually, it has been proved, beyond any doubt, that social democratic governments constitute a fundamental pillar for the management of the capitalist system. Using misleading, pro-people, pro-workers slogans, social democracy "throws dust" in the eyes of the masses, while it defends the interests of the capital. The invocation towards a "Socialism of the 21st century" is a completely empty slogan, without any substantial meaning for the working class and as long as the capitalist system remains intact.

In Brazil, valuable conclusions can be drawn about the role of the Workers' Party (PT) as a governmental party. Did the previous governments of Lula da Silva or Dilma Rousseff challenged, even remotely, the capitalist establishment of the country? What were the actual results of the social democratic policies applied by the PT governments?

Let's remind to our readers that when the first signs of capitalist economic crisis appeared in 2013, the Rousseff administration proceeded in the implementation of new measures in favour of capital, such as tax exemptions and exemptions from social security contributions, incentives, even more flexible labour relations, a programme of privatizations that compare with the most "neo-liberal" governments: seaports, motorways, airports, oil fields etc.

The recent social democratic governments of Brazil played their own role in the intra-bourgeois competitions, promoting the illusion of a- supposedly- pro-people, pro-workers management of capitalism, without taking into account the fundamental economic laws and contradictions of the exploitative system. 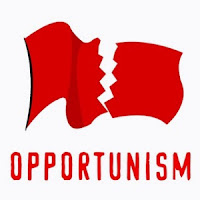 In fact, both the Lula and Rousseff government's, from 2002 to 2016, were proved loyal managers of the capitalist system, dressing their policies with a "left" and "progressive" mantle. What conclusions should the working people of Brazil draw from these administrations?

The alternative to the right-wing, reactionary political forces in Brazil isn't a social democratic alliance. The communists have the duty to avoid any political collaboration with bourgeois forces, neither social democratic nor liberal. A Communist Party which is guided by the marxist-leninist ideology and struggles for the socialist revolution must not resort to adventurous and opportunistic political alliances, but must be in line with the basic principle that strategy determines tactics. This is a precondition so that tactics become a valuable tool in the service of capitalism's overthrow.

What is needed, in Brazil and in every country, is the total emancipation of the working class movement from the influence of bourgeois politics.

It is therefore necessary for the communist movement to form an independent strategy that will look towards the overthrow of capitalism, for socialism, which is the precondition for the abolition of exploitation of man by man, utilizing the vast potential of a country with enormous natural resources that are being exploited by a handful of capitalist parasites.