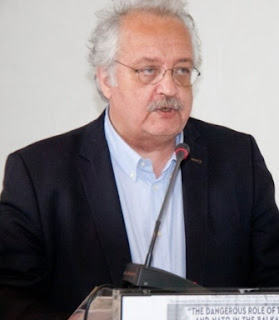 The people do not owe any debt to pay for. The disengagement from the European Union, the overthrow of the capital's authority under workers power is the only way for their survival".