Eight reasons why Finland should not join NATO 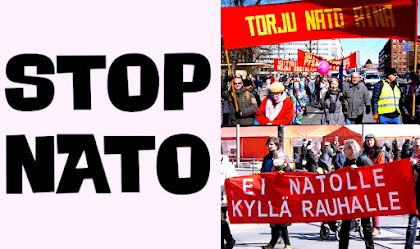 Following the decision of the Finnish government to seek NATO membership, the country's communists, alongside other progressive and anti-imperialist forces, have expressed their opposition to the accession of Finland in the imperialist alliance.

The Communist Workers' Party for Peace and Socialism (KTP), a member of the European Communist INITIATIVE, participates in the STOP NATO campaign.

Below, you can read eight reasons why Finland should not join NATO but remain non-aligned militarily: