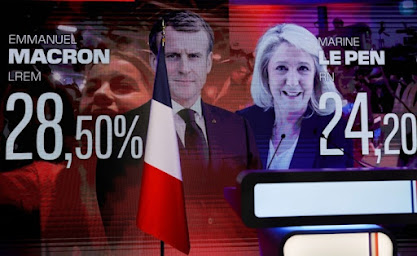 Commenting on the result of the first round of the French presidential elections, the Press Office of the CC of the Communist Party of Greece (KKE) stresses out (read here in Greek):
“The result of the French elections, with the once again high percentage of far-right Le Pen, is the tragic consequence on the one hand of the timeless anti-people policy implemented by all governments in the name of “democracy” and “progress” and, on the other, of the compromise and degeneration that has prevailed in the labor and communist movement in France.
It turns out that the “anti-populist” calls, the “pro-democracy” fronts, the “lesser evil” logics, which were the “flag” of successive anti-popular governments in France, including the Macron government, not only did not block the way to the far-right, but instead it strengthened it even further. All the more since in the current context this reactivity is fueled by the overall EU policy, the “extremes” theory, as well as by the fierce imperialist rivalries that pervade the member-states of EU and NATO.

The above indisputable conclusion demolishes the “reading” of the results of the French elections made by ND, SYRIZA, KINAL, etc, in Greece, showing as a response to the far-right the very path that led to its rampant growth.

As long as the anti-capitalist struggle and the labor movement in every country isn't getting stronger, the more the people will be facing false dilemmas, the more the reaction will be strengthened within the bourgeois political system”.