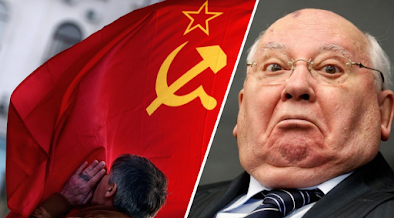 In the question "Why do you think the situation was better before Perestroika?", the answers were: 65% said because the "country was strong and united", 55% because "there was order in the country", 43% because the "relations between people were better" and 38% because "people were confident about the future".

Almost two-thirds (61%) of the people over 55 years of age, who were adults when the reforms began in 1985, agree that life was better before.

In another poll, also conducted by Levada Center last September, showed that almost half of Russians (49%) regard the dissolution of the Soviet Union as the most shameful and upsetting event of the past.

No matter how intense the anti-communist propaganda becomes, the people of Russia never forget the extraordinary achievements of socialism and the glorious past of the Soviet Union which is in sharp contrast with today's capitalist barbarity.