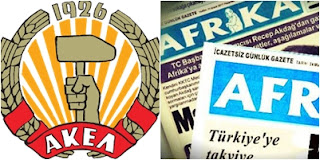 In general, these events further highlight yet another way by which Ankara is trying to further impose itself on the Turkish Cypriot community and transfer its internal problems to Cyprus and in doing so consequently reaffirming that only the solution of the Cyprus problem can free the Cypriot people as a whole from every kind of intervention by Turkey in Cyprus.