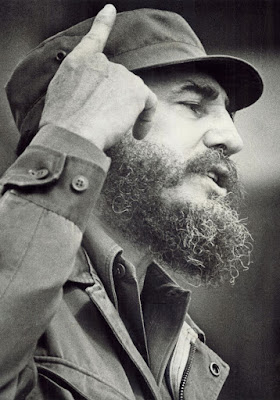 
Fidel approached Marxism-Leninism in practice. He was a communist in actions, not words. Comandante Fidel identified himself with revolutionary practice which is dialectically inter-connected with the Marxist revolutionary theory. Along with his comrades and the Cuban people he accomplished an extraordinary achievement- the first Socialist revolution in the history of the American continent. Comrade Castro and the Cuban Revolution proved that Imperialism is not undefeated and that the only real superpower is the people who resist, the people who fight against capitalist barbarity and open the road to socialist perspective.

Various imperialists, apologists of Capitalism, fascists and anticommunists are trying these days to vilify Fidel and his legacy. They have already failed. Because History- the only unmistakable judge- has absolved him. Fidel has been irreversibly and ultimately absolved by History. The achievements of the Cuban Revolution consist a solid proof of that.

Today, 57 years after the 1959 Revolution, the achievements of socialist construction in Cuba's public sectors including Health, Education and Housing is much higher than in many capitalist countries in Latin America. The literacy rate is almost 98%, education is accessible to all citizens without exceptions while the Cuban national health system (free for all) is justifiably regarded one of the best in the world. Some indicative data speak by themselves: 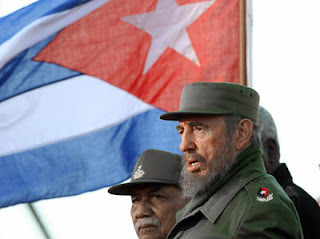 The socialist construction in Cuba is not perfect- there are existing problems which constantly changing and the Revolution faces new challenges. However, we should ask ourselves: Under what conditions does Cuba and Cuban people try to live and develop the socialist system for more than four decades? The answer is clear.

Since the triumph of the 1959 Revolution and until today, Imperialism- more specifically the U.S. imperialism- has not stopped to undermine the socialist construction in this small but proud island. The inhuman embargo (economic blockade) that has been imposed by the US government is an example of a multi-dimensional war that Imperialism has declared to Cuba. It is estimated that, in economic terms, 8 hours of economic blockade equals with 140 school buildings' renovations. Three days of blockade equals with 100 tones of pharmaceutical material.


The war of Imperialism against the Castro government and the Cuban people became more relentless after the counter-revolutionary events of 1989-1991 in the Soviet Union and Eastern Europe. However, Cuba's Socialism managed not only to stay firm, but also to progress under especially adverse circumstances. That consists the unambiguous and undoubted vindication of Fidel Castro.

Every communist, every Marxist-Leninist, every honest fighter against capitalist exploitation and Imperialism, in every corner of the world, owes a massive “Gracias” to Comandante Fidel.

Thank You, Compañero Fidel, most of all, for the hope for a better world! Hasta La Victoria, Siempre Comandante! 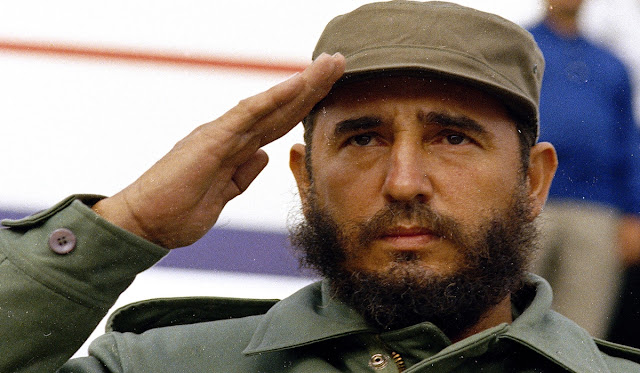