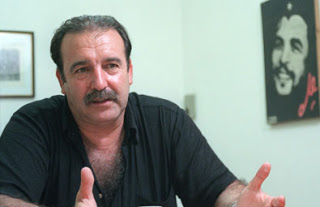 A significant figure of the South American communist movement, General Secretary of the Communist Party of Argentina since 1986, Patricio Echegaray, passed away on August 9th, 2017.

Cde. Echegaray was born in San José de Jáchal on 17 October 1946. Between 1980 and 1985 he served as the 26th General Secretary of the Juvenile Communist Federation, while he had also been a member of the Buenos Aires City Legislature from 2000 to 2003. Patricio's leadership has been marked by close internationalist relationships with revolutionary processes around the continent, including in Cuba, Bolivia, Venezuela, Colombia, and El Salvador.
Read more »