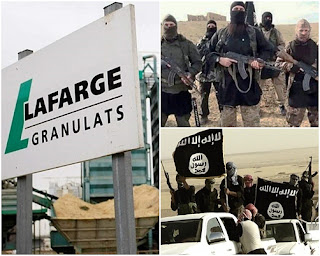 Such an interesting revelation came recently from London's "Financial Times" which expose the indirect financing of the Islamic State from LafargeHolcim, the French-Swiss multinational manufacturer of building materials.
Read more »