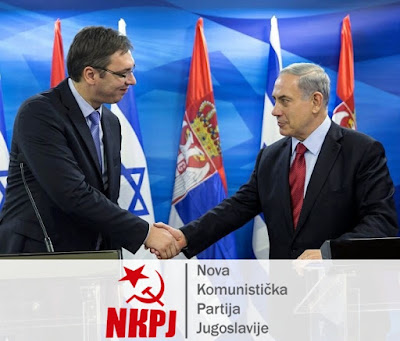 Before all else, we must assert that Israel has carried out and continues to carry out, before the eyes of the whole world, its occupation of Palestinian lands, committing countless unpunished crimes on the people of Palestine. Military actions are conducted upon Palestinian civilians with manifold excessive uses of violence often including murders, sparing not even little children. Besides thousands of political prisoners, Israel also holds underage persons, i.e. children, in its prisons. It has walled in the West Bank, completely isolating it as if it were a single large concentration camp where neither medicine, nor fuel, nor food or other necessities indispensable for a normal life of the people in this region, are delivered. Israel’s racist Zionist policies have brought about the occupation and subsequent exile of millions of Palestinians from their centuries-old native lands, with crucial support from Western imperialism – American imperialism first and foremost.

To give an example, over 500 Israelis’ houses are currently under intensive construction in the seized sections of East Jerusalem, which are also being blocked off by walls. Right-wing, clerical and ultraconservative elements in the US have been and are still the main patrons of these kinds of acts committed by Israel, just as they have been staunchly supportive of relocating the US embassy to Jerusalem that was already carried through by the Trump administration.

This act is a part of the aggressive and dangerous policies spearheaded by the US in the Middle East, which constitutes an important geostrategic zone of great value to American imperialists. Israel is one of the main destabilising and militarising factors of the region, where all attempts to find a sustainable solution for coexistence in Palestine – for peace and respect for the rights of all – invariably disintegrating due to the brutish, blackmailing conditions imposed by Israel with the US’s decisive support. The attempt has thus been made, by the act of relocating the embassy, to completely eliminate the solution of recognising the Palestinian state with East Jerusalem as its capital city.

The announced relocation of the Serbian embassy from Tel Aviv to Jerusalem, through which Serbia would de facto lend legitimacy to Israel and its past, present and future aggressive and racist intentions to occupy, would be to the detriment of peace, as well as triggering a series of negative consequences of an international scope.

Such an act would first of all entail betraying the Palestinian people, which in its arduous but righteous struggle has always counted on the support of our people, which it has always had. The unbreakable bonds of our solidarity and friendship would be sold down the river – it would be as if stabbing the Palestinian people not in the back, but in the heart.

Furthermore, it is out of the question that this move would contribute to Israel revoking its recognition of Kosovo – quite the opposite, for the very same document subsumes the mutual recognition of Kosovo and Israel as a natural form of cooperation between two completely pro-imperialist regimes under the patronage of the US.

Next, Israel is committing illegal moves to further its agenda of occupation in collision with international law, particularly in the case of the city of Jerusalem, which has a special internationally recognised status, confirmed by the UN, according to which it cannot be considered the capital of Israel. The relocation of the Serbian embassy would thereby be an act in collision with international law, the same law to which Serbia appeals in defence of its own interests on the matter of Kosovo, which would needlessly confound the position of our country in defence of its vital national interests.

The only country currently to have followed the US’s example in relocating its embassy from Tel Aviv to Jerusalem is Guatemala. If Serbia do the same, it would, just as in the case of Guatemala, be an obvious concession to American imperialist foreign policy, further tarnishing Serbia’s already tarnished and debased international reputation, which speaks of not just a puppet, but a puppet to those who savagely bombed and butchered it 20 years ago. Our freedom-loving traditions and aspirations, and with them the standing which we built and had among all progressive and freedom-loving peoples of the world, would be disgraced.

For many people from the Arab and Muslim world particularly, the Palestinian cause is rightly taken up with the greatest sensitivity and emotion. The act of moving the Serbian embassy from Tel Aviv to Jerusalem would be tantamount to rubbing salt in open wounds. This act could generate intense negative reactions in the world towards our people and country, as well as on the safety of our citizens and property.

The NKPJ considers hypocritical the statements of EU and Turkish officials who are not in favour of relocating the Serbian embassy to Jerusalem. First, the countries of the EU ostensibly have a consensus about keeping their embassies in Tel Aviv and not moving them to Jerusalem, while at the same time refusing to acknowledge the Palestinian state with East Jerusalem as its capital. Concerning Erdoğan’s Turkey: it was one of the first to recognise that mainly US-sponsored imperialist project, so-called independent Kosovo, while simultaneously offering an unprincipled resistance to an entirely analogous mainly US-sponsored imperialist project – the state of Israel with Jerusalem as its capital.

The NKPJ demands that the Serbian authorities and President Aleksandar Vučić not bring a stain and burden of historic proportions on our country with such a shameful and irresponsible move, which could have catastrophic historical consequences. At the same time, we call for a principled upholding of international law, against imperialist aggressions, occupations and coercions.