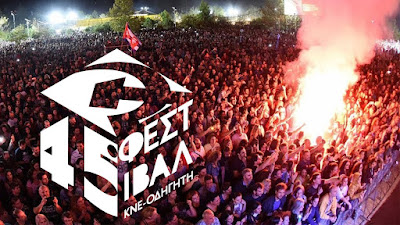 According to "Rizospastis", at least 38 foreign youth communist organizations will participate at the festival's "international city". The program includes public discussions about the 60 years of the Cuban Revolution and the 100 years since the foundation of the Communist International.